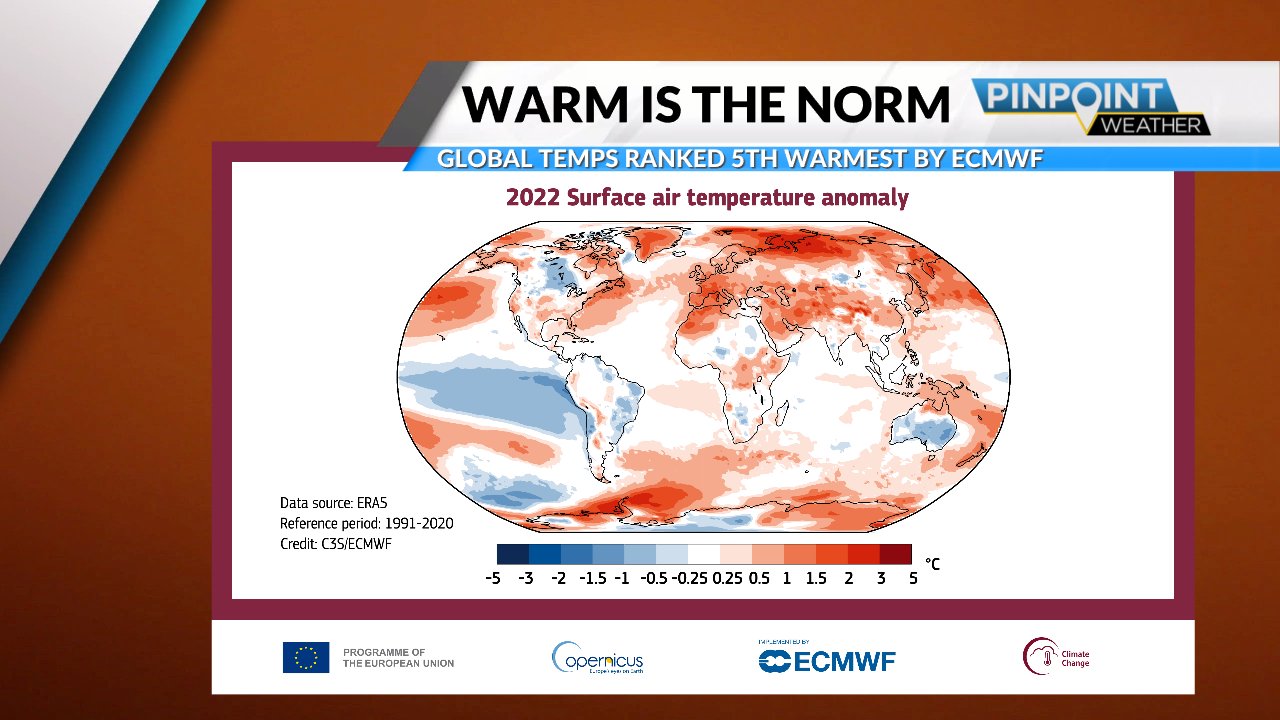 (QUEEN CITY NEWS) — Every year, experts in the United States and Europe analyze global and continental temperatures to track the warming of our climate.

The last 8 years were the 8 warmest on record. Simply put, our recent years rank first in our records as a sign and symptom of climate change.

Scientists found that temperatures were 1.2 degrees Celsius higher than the pre-industrial average. This number is key. The goal of the Paris Agreement, set by experts and world leaders, is to limit warming to 1.5 degrees Celsius. Science tells us that the threshold is the point where exposure becomes even more extreme and irreversible.

The record heat persisted in 2022 despite a cool La Niña regime. La Nina is an ocean circulation that leads to cooler atmospheric conditions.

In all of Europe, the summer was the hottest on record. The unprecedented heatwave that gripped most of Europe in July 2022 broke temperature records for many countries.

The report contains graphs showing the increase in emissions of greenhouse gases such as carbon dioxide and methane. These gases trap heat and warm global temperatures.

Good news? We understand the problem and know the solution. If we significantly reduce greenhouse gas emissions, we will be able to limit warming and stop the worst effects.

US experts are expected to release a report with their findings on global temperatures later this week.

Source link 2022 was the 5th warmest year in the world