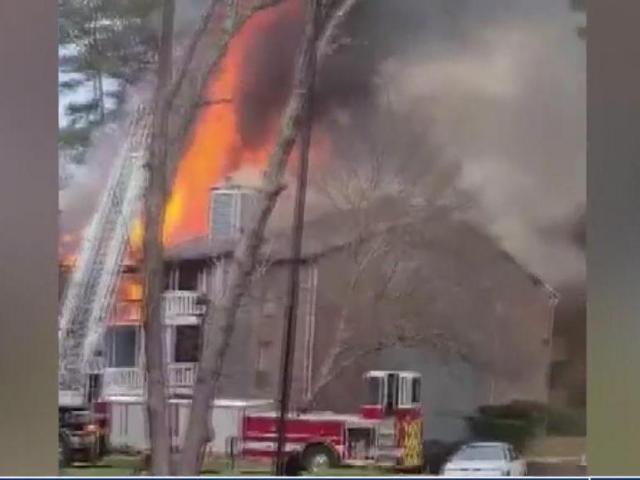 Kerry, NC – The mother is in critical condition, and her 9-month-old child died when he was pulled out of a burning apartment in Kari.

As a result of the fire on the second and third floors of a residential complex near the shopping centers South Hills and Crossroads in Kerry, several people were trapped.

The fire started just before 3pm on Monday at 106 Harlan Drive in Kerry.

“When I opened the front door … it was just a flame,” the resident described.

Arriving crews found heavy fire on the second and third floors. Firefighters entered the building and pulled three people out of the flames, including a 28-year-old mother and her child.

A total of four people were hospitalized – three were rescued, as well as a man who jumped from the balcony of the third floor. Only five people jumped off the balcony to get to a safe place.

A 21-year-old man and a 70-year-old woman were treated for non-life-threatening injuries.

As a result of the fire, 12 units were damaged, 30 people were left homeless.

“I saw them distract the child, so I pray that everyone will come out,” said one neighbor. “That apartment doesn’t seem to be there, and everything inside is ruined.”

Neighbors also said this is not the first fire they see in the complex. Above one building there is still a tarpaulin, not damaged by a fire that happened only last month. Some neighbors have expressed concern after the two fires erupted mutually.

“When we moved, the fire alarm didn’t even work … I don’t think it’s safe, especially the two [fires] for a month, ”resident Katie Dzepak said.

Depak said she felt it was time to move on.

While neighbors eagerly await answers as to what caused the deadly fire, investigators are combing through the wreckage of 12 burned units, still searching for clues as to where the fire started.

A 9-month-old baby died in a fire at Cary’s apartment; mother in critical condition :: WRAL.com