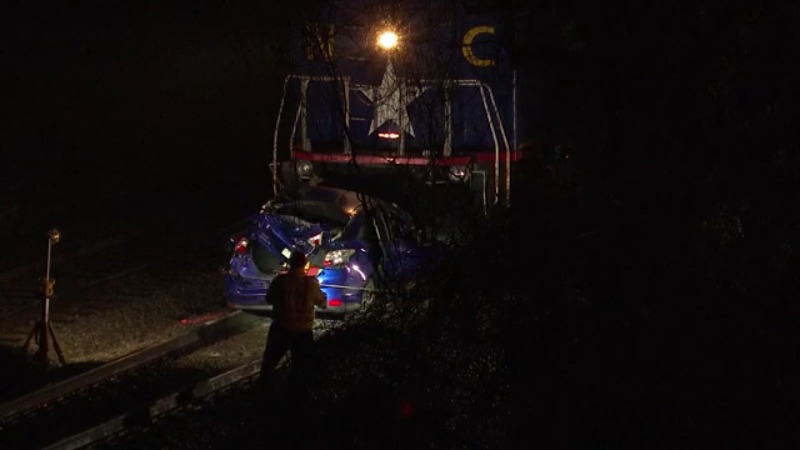 THOMASVILLE, NC (WGHP) – The driver was killed when a car was hit by a train in the city of Thomasville on Saturday night, according to Amtrak.

At 8:15 p.m. on Saturday night, a Amtrak Piedmont 78 train heading from Charlotte to Raleigh crashed into a 2013 Ford Focus that was standing on a rail in Thomasville, police said.

The driver of the car, whose identity has not been established yet, died.

FOX8 crews at the scene saw a badly damaged blue sedan near the tracks on Liberty Drive at the intersection where East Main Street becomes South Street. The section of tracks was wet.

Police say the Ford Focus was heading south on Turner Street and, crossing East Man Street, turned right at the railroad crossing and headed west on the rails. It was there that the oncoming train hit the car. The train was moving from 65 to 70 miles per hour.

At about 9 p.m., Amtrak Alerts tweeted, “Train 78 of Piedmont has stopped near High Point (HPT) because of a vehicle on rails.”

The company says the train was able to deliver all passengers to their destination.

A train crashed into a car, killing a driver on Liberty Drive in Thomasville

Source link A train crashed into a car, killing a driver on Liberty Drive in Thomasville