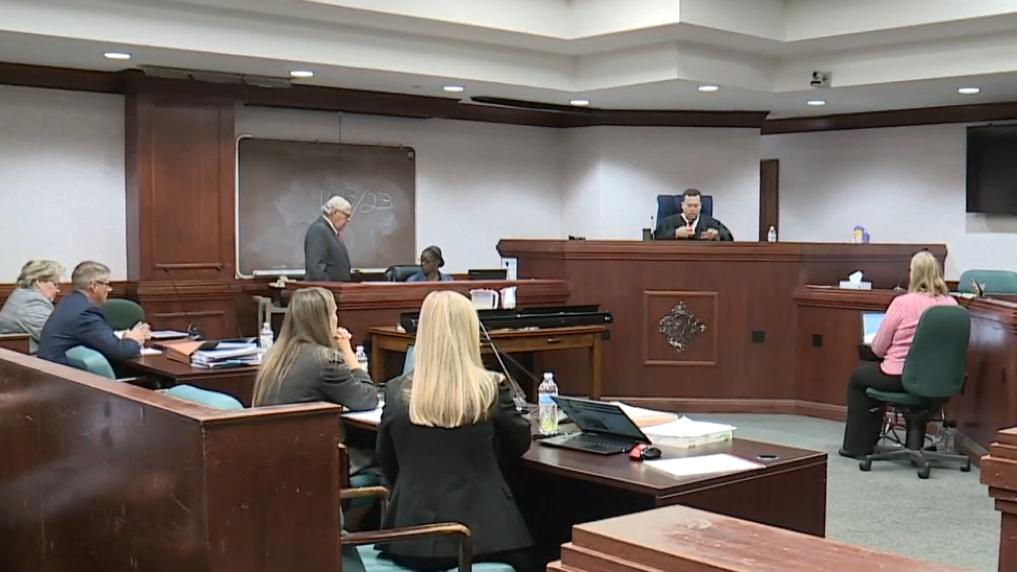 WAYNE COUNTY, NC — Arguments began Monday in the trial of a former teacher accused of molesting two 11-year-old girls at a Wayne County Christian school in the mid-1990s.

Warren Riley, 53, is accused of multiple indecent liberties with a child. On the first day of arguments, one of his alleged victims came forward to talk about the violence she claims she suffered.

Riley was arrested in August 2020 and charged with misdemeanor battery for teaching at Faith Christian Academy in Goldsboro.

The trial began with opening statements.

Prosecutors told jurors that Riley groomed the girls over a long period of time, singling them out with special attention, before escalating to sexually assaulting them.

“That’s the one he has the secret code with,” prosecutor Abby Ivey said in her opening statement. “Code: When I clear my throat in a crowd, it means I think you’re beautiful.”

“If I rub my eyes, it means I love you,” she continued.

Riley’s defense attorneys said their client had been unaware of the allegations for more than 20 years and had vehemently denied them.

“Our position is that once you hear the facts, the true facts, not the distorted facts, your verdict will be not guilty,” Jackie Hauser told jurors.

On Monday afternoon. one of the alleged victims appeared before the court.

The woman, now in her 30s, described how in sixth grade Riley first singled her out as a teacher’s pet, giving her answers on tests and showing her increased attention in class.

She told the court that over time, Riley began keeping her in the classroom while other students went to recess.

The woman claimed Riley pressed his body against her along the wall while he had an erection, telling her he wanted to marry her.

She said Riley tried to kiss her twice.

In one case, a woman claimed she was playing a computer game in class when Riley reached up her skirt and touched her.

When asked why she didn’t come forward about the childhood abuse in the 1990s, she became emotional, saying: “I felt dirty, I felt ashamed, I felt somehow it was all my fault.”

Riley’s attorneys will have an opportunity to interview the woman on Tuesday.

The presiding judge said the trial would continue in February.