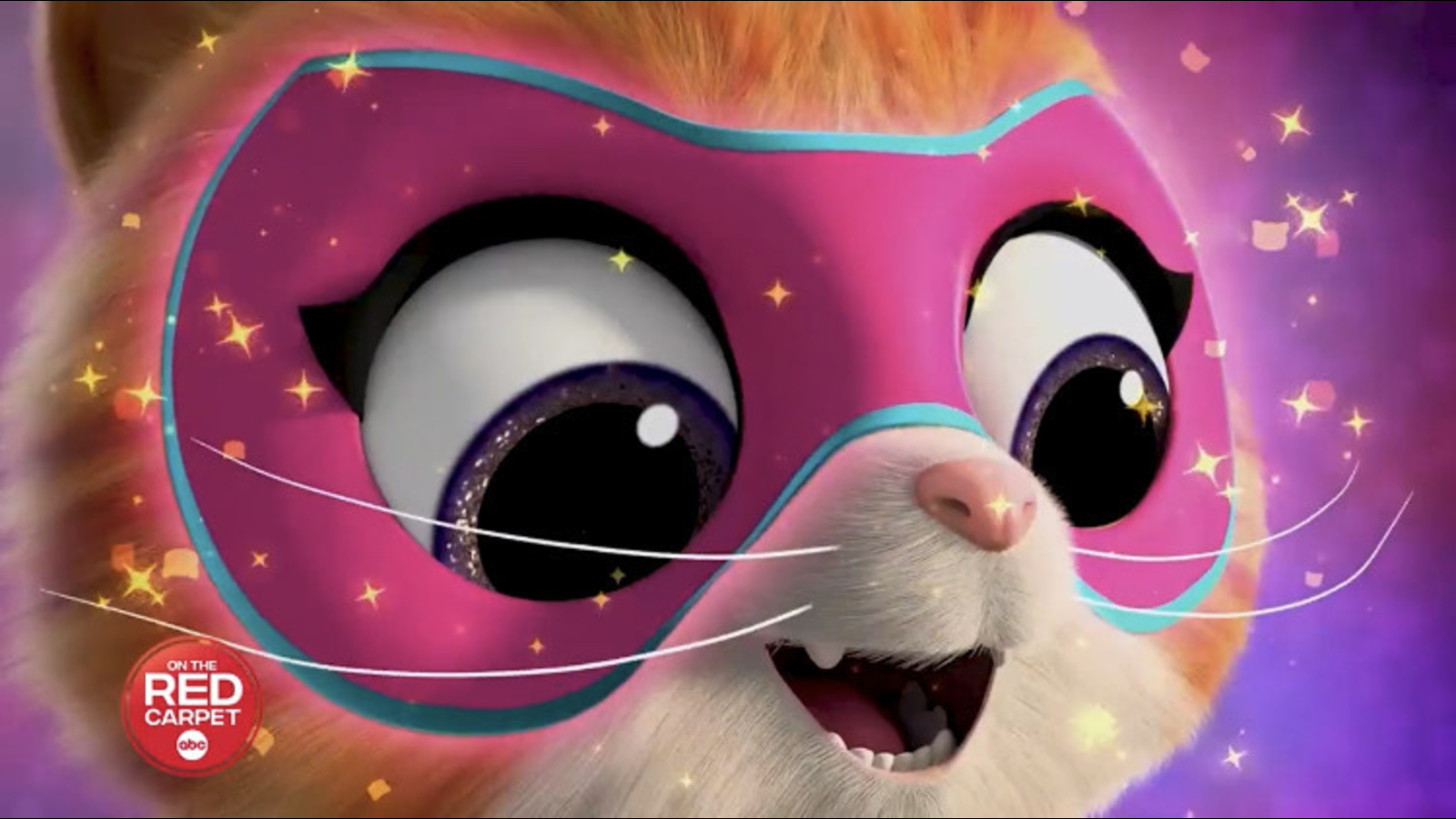 LOS ANGELES — Fighting crime has never been so cute as in the new show Supercats, where four brave kitties will fight to protect their world from cat criminals.

Premiering on Disney Channel, Disney+ and Disney Junior on Wednesday, January 11, the show follows brave and loving kittens Ginny, Sparks, Buddy and Bitsy as they team up to take down villains and make the world a better place place Emma Berman will voice Ginny, Cruz Flato will voice Sparks, Jacoby Swain will voice Buddy, and Piper Brown will voice Bitsy.

American Idol star Guarini loves his character the Burglar Cat, which the super kitties must fight to destroy.

“He’s got a little burglar mask on and he’s such a cute little kitten,” Guarini told On the Red Carpet. “He’s this sneaky, sneaky, ninja-like little cat who likes to take things, for what he thinks are the right reasons, but really, at the end of the day, stealing is wrong.”

Guarini likes that despite the cat burglar’s love for stealing, he always learns from his mistakes.

“The great thing about him is that he always gives it back, always makes up for it at the end, always learns a lesson and isn’t afraid to say he’s sorry,” Guarini said.

Don’t forget to tune in for the fun show and watch these cute kitties fight for what’s right, solve problems and learn the power of friendship.

The Walt Disney Company is the parent company of this ABC station.

American Idol’s Justin Guarini as a furry villain in SuperKitties