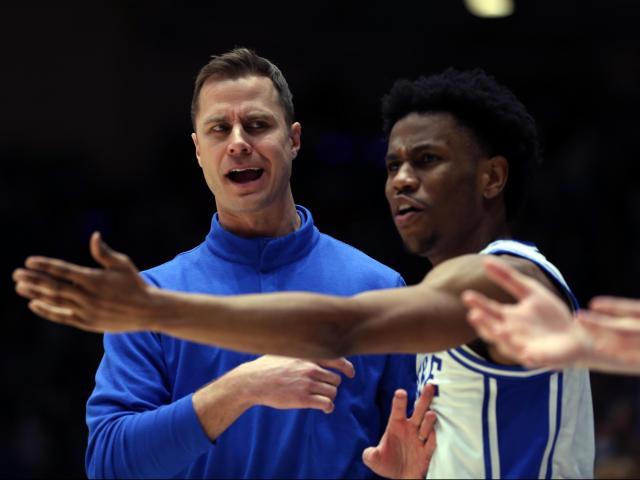 Durham, NC – Duke has won many games with head coach Mike Krzyzewski on the bench. And it won without him.

No. 9 Duke (22-4, 12-3 ACC) was supposed to play second half against Wake Forrest without his legendary head coach, but he had Mark Williams, who scored the winning points in the 0.4 seconds left before his return. Duke won 76-74.

Krzyzewski coached the first half against Wake Forest (20-7, 10-6 ACC), a half in which his team took the lead by 9 points before the break, but he did not return in the second half. Basketball Duke wrote on Twitter that it feels bad.

Pending head coach John Scheer has taken over, and it didn’t look like it would matter much as the “Blue Devils” started the second half of the series 15-5 to gain a 19-point lead with a score of 14:32 to the end.

That would be Duke’s biggest win this evening.

Wake was still struggling somehow, despite their starting guard and ACC top scorer Alondez Williams earning three fouls in the first half and playing just seven minutes of the first half.

However, Williams was not the only star to suffer from the offense, as Paolo Banchera of Duke recorded his first and second fouls in the game for 23 seconds apart in the first half and sat the last eight minutes. In the first half he finished without points when shooting 0 out of 3 and had all 13 points in the second half.

Duke made just 5 of the first 18 shots and then made 11 of 16 to complete the first half. At one point, in a stretch covering both halves, Duke made 17 of 23 shots, including 6 of 7, to start the second half.

But all season Duke had trouble closing games. Would again.

After the Blue Devils rose to 19, Duke missed the next eight shots, and Wake went on a 21-6 run to reduce Duke’s lead to just two points 7:40 before the end.

Wake is in his second year under head coach Steve Forbes and this year has been an amazing success story at the ACC, marking the program’s first season with 20 wins since 2010. The Deacs came into the game winners in seven of the last nine, but they saw a winning streak of 3 games interrupted by a home defeat to Miami on Saturday.

Williams scored a three-pointer for Wake with 1:05 to make the game 4-point, then Trevor Kills flipped it over (Williams stole it), and Dallas Walton of Wake soaked it in the transition, making the score 74-72 just inside the minute.

Banchero then missed the catch when time passed, and Williams soaked in the next. Initially, it was decided to intervene in the basket, but the judges corrected it after consideration.

Jake LaRavia became the top scorer, scoring 19 points with 7 of 12 shots and 10 rebounds. He made all four 3-point attempts. Williams added 18 for Wake in just 26 minutes. Dallas Walton was 17.

Duke’s next game will be Krzyzewski’s penultimate home game when the Blue Devils host Florida on Saturday.