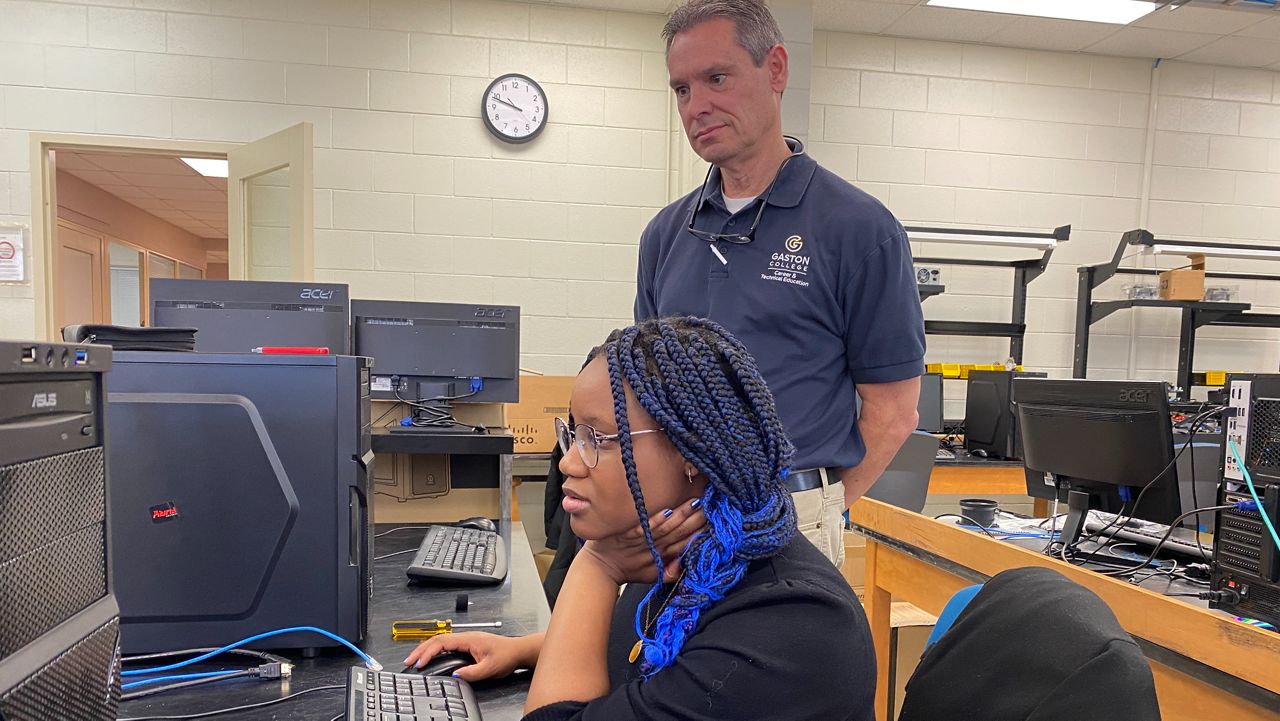 DALLAS, NC — Computer science students are weighing in on the recent tens of thousands of layoffs by tech giants like Microsoft and Google.

Gaston College computer science student Portia Moore says she fell in love with computers when she was in high school.

“I love the game of Tetris, and when I was in high school, I would sit in front of the computer for hours playing Tetris, and then one day I got a request to make my own Tetris,” Moore said.

Her hobby turned into a fascination with how computers work. She will graduate this May with an Associate of Applied Science degree focusing on Cyber ​​Security.

According to the technology industry tracking company, layoffs.fyi, nearly 200,000 tech workers have been laid off since 2022. Tech giants Amazon, Google and Microsoft have recently cut more than 50,000 jobs, keeping Moore on edge.

“It’s a little disconcerting, but at the same time it’s not unexpected,” Moore said.

Instructor Jimmy Warren has taught computer science for the past 25 years. He says tech giants have hired thousands during the pandemic as companies sent employees to work from home.

“Employers want people back in the office, so there is no need for cloud support. I see these jobs moving from cloud providers like Amazon and Google to local industry and local businesses that need IT support on-premise rather than in the cloud,” Warren said.

Moore says she’s not too concerned about the lack of jobs in her field. She is currently working in a manufacturing company in Hikaru.

“Technology is constantly evolving and constantly changing, so even if you don’t need as many remote jobs now as Zooms or Skype or Go To Meeting, that doesn’t mean you won’t in 2-3 years,” Moore said.

“There is absolutely still a need for IT, there is in every industry, automation is becoming the norm,” Warren said.

In accordance with Cyberseek.orgThere are more than 24,700 cybersecurity jobs in North Carolina.