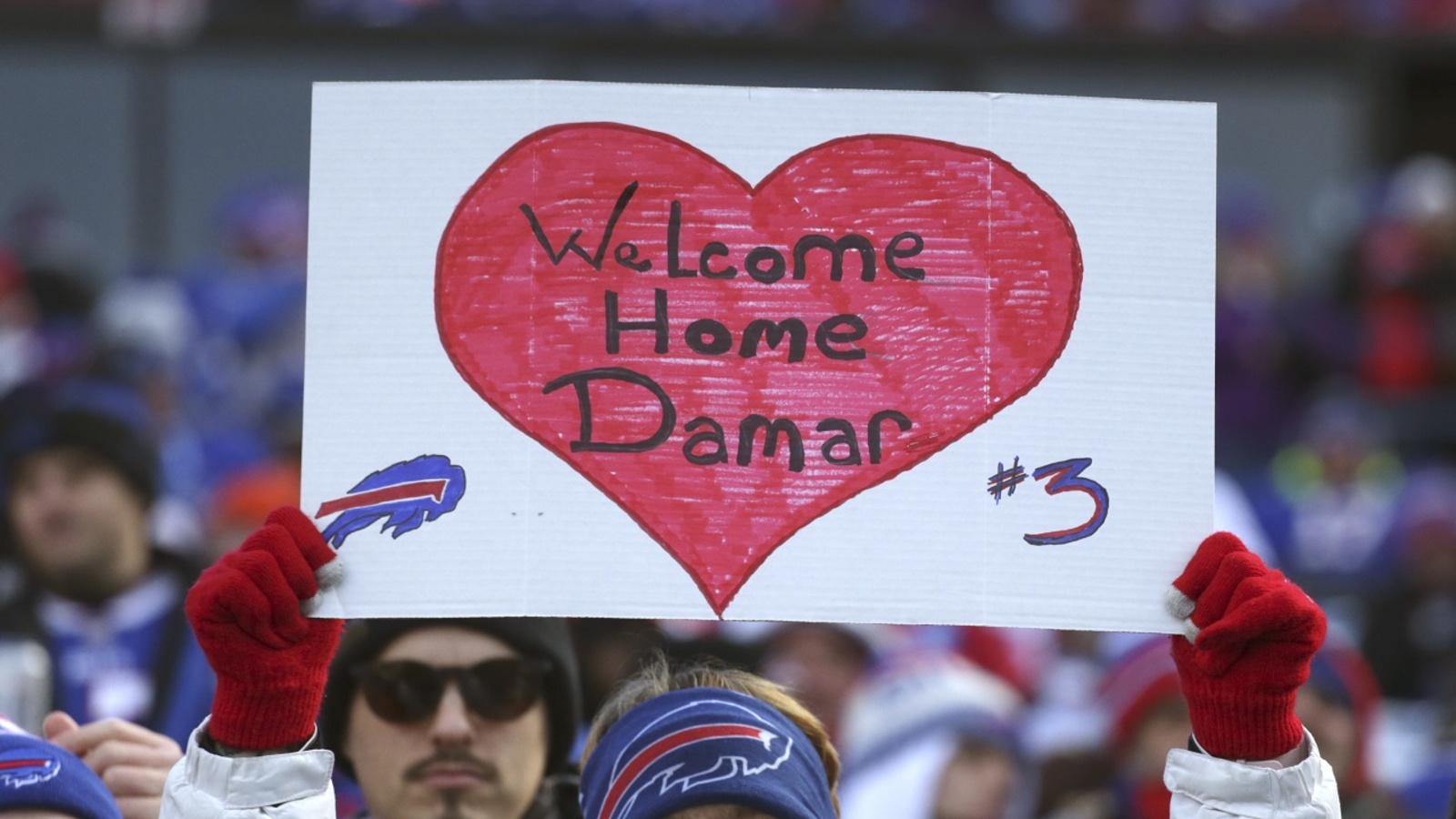 ORCHARD PARK, New York – Bills safety DaMar Hamlin, who went into cardiac arrest during a game three weeks ago, is in attendance at Highmark Stadium for Sunday’s divisional-round game of the AFC divisional playoffs against the Cincinnati Bengals, the team announced on social media.

The Bills posted a video on Instagram and Twitter showing Hamlin arriving at the team’s locker room with the caption “Welcome home Damar.” They also released a video of Damar waving to the crowd during the game.

The video showed Hamlin arriving in a golf cart about an hour before tee time, wearing sunglasses and a covered face, with the hood of his jacket up. His 7-year-old brother Damir and mother Nina came with him.

He was not on the field before the start of the game in snowy conditions. The accounts did not announce his whereabouts to fans in attendance.

Hamlin, 24, has not appeared in public since the Bills and Bengals last met on Jan. 2 in a game that went to a dramatic halt and was eventually overturned after Hamlin collapsed on the field in the first quarter.

Bills coach Sean McDermott said Hamlin began making regular visits to the team facility shortly after his release from the hospital, which he described as “putting his toe down here and just starting to come back to himself.”

His presence was enough to cheer his teammates, who after Hamlin’s collapse surrounded him as medical crews used CPR and an automated external defibrillator (AED) to restart his heart.

For several minutes, the television audience watching Monday night’s game instead absorbed the fear and sadness on the faces of the players, some of whom had tears in their eyes.

A spokesman for Hamlin’s family said this week that he still faces a lengthy rehab.

“Damar still requires oxygen and his heart is being monitored regularly to make sure there are no failures or sequelae,” Jordan Rooney told the Associated Press.

The Bills have not released the results of the tests Hamlin underwent to determine why his heart stopped after he was hit in the chest while making what appeared to be a routine tackle.

Hamlin, who hails from the Pittsburgh area, live-tweeted Buffalo’s 35-23 win over New England from his hospital bed at the University of Cincinnati Medical Center on Jan. 8. Last weekend, he live-tweeted from home while watching the Bills’ 34-31 win over Miami in the wild-card playoffs.