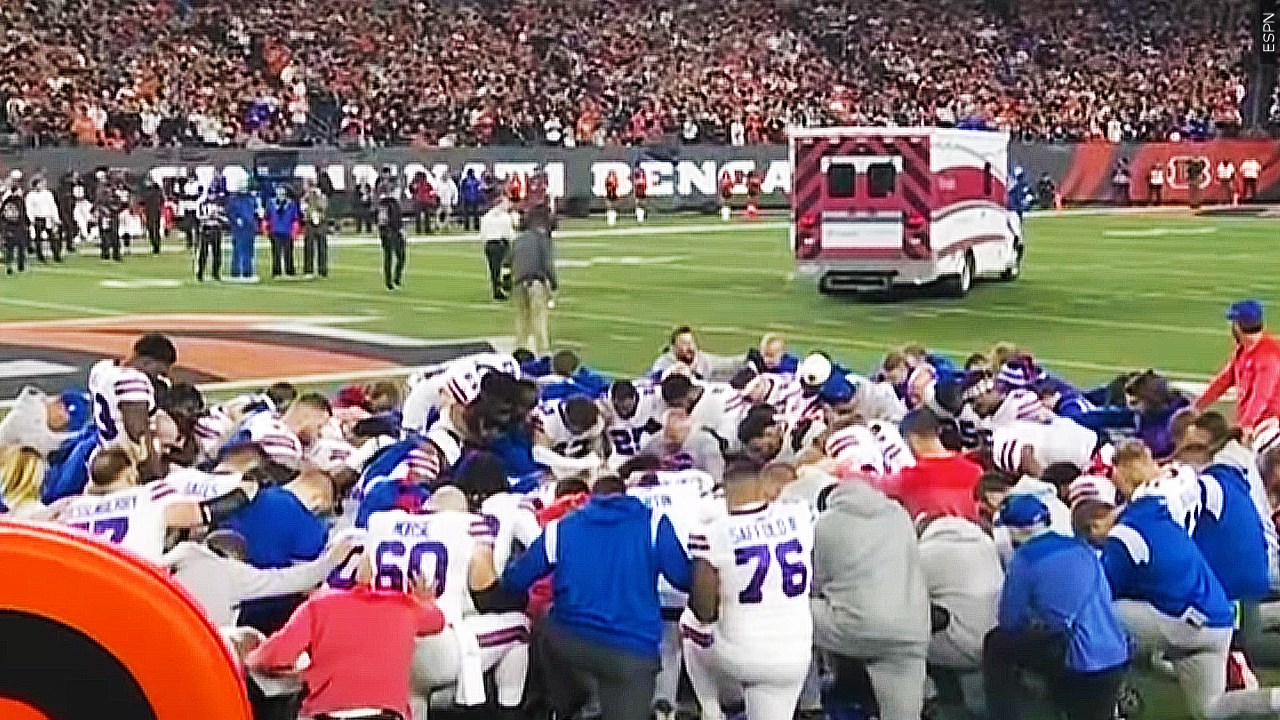 (CBS NEWS) — Damar Hamlin, the Buffalo Bills quarterback who collapsed on the field after being hit against the Bengals, has been released from a Cincinnati hospital and is in Buffalo, the team announced Monday. Hamlin, who went into cardiac arrest, was in critical condition in the days following the incident.

The news was confirmed by his care team and Buffalo Bills on Twitter.

“We are pleased and proud to announce that Damar Hamlin has been released from the hospital and returned to Buffalo,” said a statement attributed to the University of Cincinnati Medical Center. “He is doing well and this is the next phase of his recovery.”

Millions of football fans were stunned when 24-year-old Hamlin fell to the ground after what appeared to be a routine tackle Bengals wide receiver Ty Higgins. CPR was performed on the field for nine minutes and Hamlin were resuscitated with a defibrillator before being taken to a nearby hospital. The game was postponed and then canceled.

Last week, Hamlin made “excellent” progress in his recovery, breathing on his own, able to write and speak, and communicated with team members and posted on social networks. He will continue his recovery at Buffalo General Hospital.

After he was released from the hospital, Hamlin tweeted that he was returning to Buffalo with “great love in (his) heart.”

“Watching the world come together around me on Sunday was a truly amazing feeling,” he wrote. “The same love you all have shown me is the same love I plan to give back to the world more. More than football!”

Hamlin’s injury led to an an outpouring of support from football world and beyond. The weekend after his injury, players and coaches from all 32 NFL teams wore “Love Damar 3” T-shirts during warmups in a “league-wide show of support.” said NFL Commissioner Roger Goodell.

The Bills are bound for the postseason. They are on Sunday won their first game since Hamlin’s collapse and eliminated their division rival, the New England Patriots, from playoff contention.