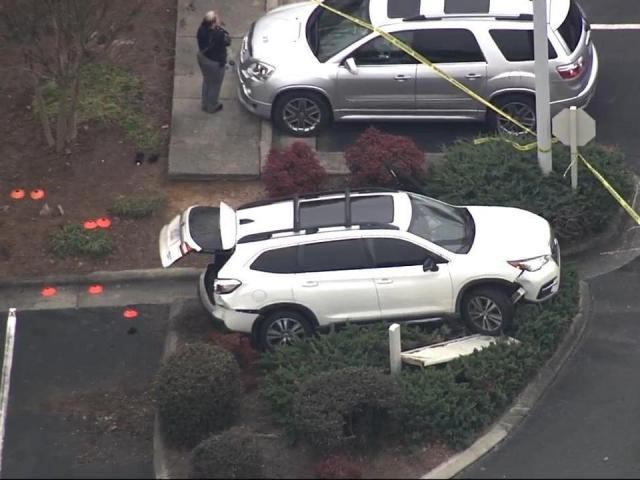 DURHAM, NC — Police shot and killed a man outside the Duke Manor Apartments in Durham on Thursday after tracking him down after a hit-and-run outside the hotel on Front Street.

Officers were patrolling a hotel on Front Street around 3 a.m. when they spotted a man sleeping in a vehicle. When officers woke him up, he started the car and put it in reverse in an attempt to flee the scene.

While fleeing, the man crashed into an unoccupied Durham police car and another vehicle, police said.

Around 4:45 a.m., officers located the vehicle in the parking lot of 311 on South La Salle Street.

The vehicle was reported stolen out of Greensboro. The driver woke up when officers approached his car. He started the car, backed into an unoccupied police car and tried to drive the car over the side of the road. Several officers fled to avoid injury.

Two officers noticed that another officer was in “imminent danger of serious bodily injury or death,” according to the Durham Police Department, and they shot the suspect in the left shoulder and left arm.

After the car stopped, the man tried to run away. Officers were able to catch him and take him into custody.

There is still a heavy police presence around the Duke Manor Apartments complex and police have cordoned off the area.

Sky 5 flew over the scene, where a police car was seen with damage from hitting the suspect’s white SUV. The damaged police car was located next to the stolen SUV, which was visible on the side of the road in the bushes. The suspect was taken to a local hospital for treatment.

The employees who participated in the shooting were brought to administrative responsibility.

The incident is being investigated by the North Carolina State Bureau of Investigation (SBI) and DPD’s Professional Standards Division. This is an ongoing active investigation.

Those living in the community can expect traffic and bus delays during morning commutes.

Durham police shoot at a stolen SUV, killing a man who fled