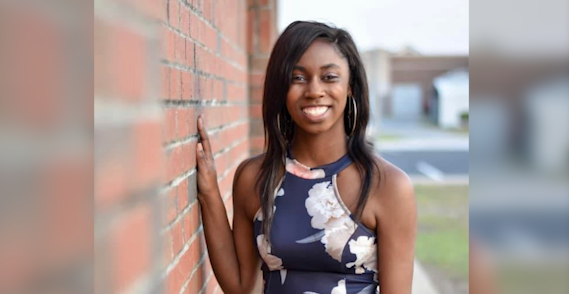 LAS VEGAS (WNCT) – A A native of Pete County who went missing after leaving her home in Greensboro to fly to a competition in Las Vegas, found.

Ledjorny Farrow was found in Las Vegas on Thursday, according to her brother’s Facebook post. The message read: “Thank you to everyone who sent prayers in our path. I love you all. Update: LeJourney has been found. She was stuck in Vegas. The exact location is unknown. Her phone broke and she had no money. I talked to her. Our family is trying to get the necessary funds to bring her home. “

Farrow is a native of Pete County who attended DH Conley High School and Pete Public College. Her family said she lived with her aunt in Greensboro before disappearing. Greensboro Police Department officials said Farrow was last seen on Feb. 10 and was reported missing on Feb. 19.

The Farrow family said she had to leave 10th for the United States competition in Las Vegas. She was last heard of during a transplant in Chicago. Representatives of the contest said that at that time she did not sign up for the event.

“She was actually supposed to take off on Thursday the 10th, but she missed that flight, so she ended up taking off on Friday morning,” said Randy Farrow, Lejourne’s brother.