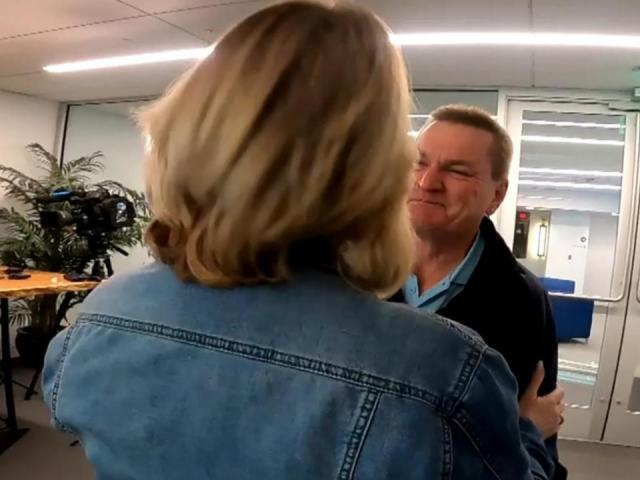 In January 2022, WRAL News Editor Erin Simanskis passed away hit by a hit-and-run driver during a snowstorm on Western Boulevard. A year later, the Simanskis family met a young woman who received the gift of life from that death, the recipient of one of her organs.

When Paige Calloway met Simonskis’ husband, Ed Simonskis, it was clear there would be hugs and tears.

With kidney function at 12 percent, Calloway says she wasn’t really living while spending more than nine hours a day on dialysis. She was on a long list for a donor kidney.

Then the bell rang. There was a match.

“I couldn’t even fathom the fact that they were calling me because they told me it was going to be a long time,” she said.

Still, the moment was bittersweet.

“You thank God that he’s allowed this, you know, amazing thing to happen in your life and that he’s allowed a lot of people who have been praying for you to have those prayers answered,” Calloway said. “But at the same time, you know that someone just lost someone who was very special to them, and that it costs someone dearly.”

After her recovery, Calloway reached out to the Simanskis family online to thank them.

“I was stunned by what she said in that message,” Ed Simanskis said.

The two met for the first time Monday at the WRAL studios in Raleigh.

The visit, he said, was “fantastic, but also emotional.

“It just reminds me how important Erin was to us. But again, it helps. It helps to take away the grief and bring some joy to such a tragic event.”

After the kidney transplant, Calloway can truly communicate with his family and work again. She says she owes everything to Erin Simonskis.

“She was just full of life. She’s a beautiful person, you know, and it’s just such a gift to have a little piece of her,” Calloway said.

Erin Simanskis was an organ donor, and Paige Calloway was just one of several recipients of her donations. Ed Simanskis hopes a donor kidney will turn her into the fervent Hurricanes fan Erin was.