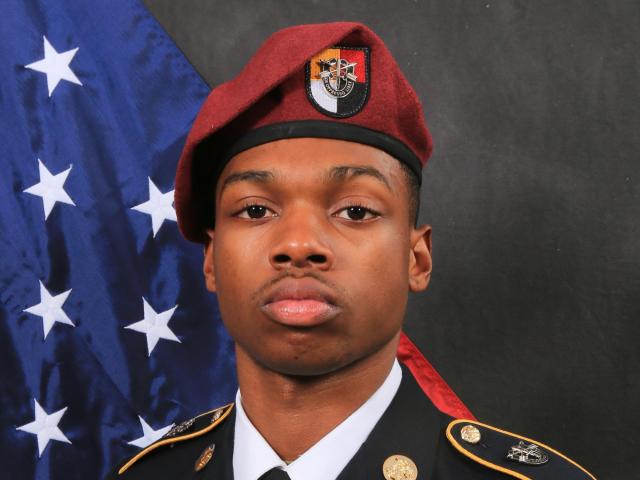 FORT BRAGG, NC — A soldier with the 3rd Special Forces Group (Airborne), based out of Fort Bragg, was killed this week in a shooting in Rufford.

Sources close to the investigation tell WRAL News the shooting is related to an incident Thursday in Virginia where a Harnett County man was arrested after his fiancee told authorities he shot her and her child Wednesday night in Spring Lake. All three adults involved are soldiers at Fort Bragg. In that shooting, Brandon A. Amos-Dixon was charged with one felony count of fugitive from justice, one felony count of assault on a police officer, one count of eluding police and one count of reckless driving.

In Harnett County on Wednesday night, deputies responded to a shopping center on Ray Road and found a woman with a child in the restaurant’s bathroom. The victim, Chelsea Ling Chung, told officers that Dixon, her fiance, had shot her in a vehicle at a Spring Lake home.

Smith was respected by his colleagues and superiors and was noted for his leadership and camaraderie. He joined the army in 2016 and served in South Korea. He arrived at Fort Bragg in 2020.

“Jimmy was a great teammate and paratrooper,” said Col. John D. Bishop, commander of 3rd Special Forces Group, 1st Special Forces Command (Airborne). “He was an excellent cook and an absolute Group 3 asset. Moreover, he was a great man. Like all the members of Group 3, Jimmy and his family will always be part of “The Tribe”. Our thoughts, prayers and condolences are with his loved ones, friends and teammates at this incredibly difficult time.”

“Jimmy was more than just an NCO, he was a mentor, a shoulder to cry on, a comedian at times, but most of all a great friend,” the specialist said. Roenice Todd, a member of the battalion support team. “It was an honor to have the opportunity to learn from him.”

The circumstances of the shooting are still under investigation. Investigators said they have a person of interest. If you have information that could help the investigation, call Detective A. Spence at (910) 875-5111.

As of Thursday afternoon, Amos-Dixon was being held without bond at the New River Valley Regional Jail in Dublin, Virginia.