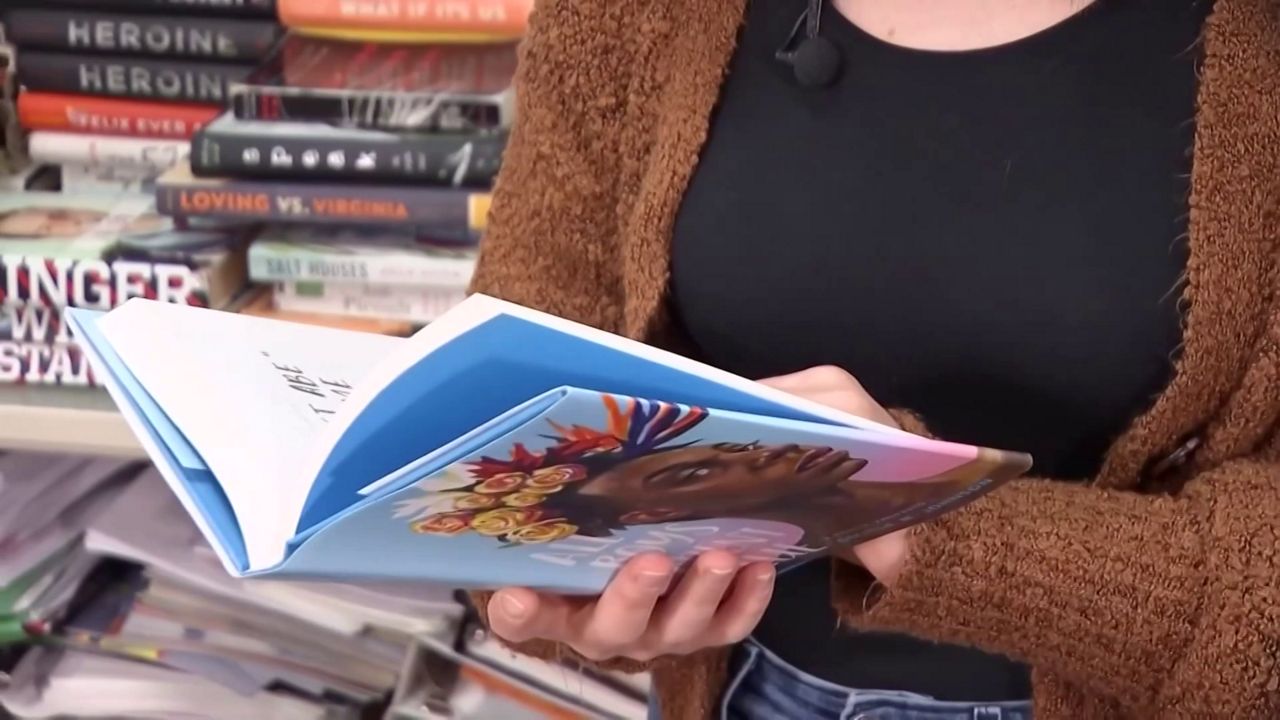 Kerry, NC – The fight to ban books is spreading across the United States, including North Carolina. The Wake County School Board Committee rejected a request from parents to remove a book on LGBTQ with sexual statements from the Kerry High School Library.

Some Kerry High School students are working to keep books on racism and LGBTQ in their school. Emerson Phillips Sr. is one of them. She and Sage Clausen, also a senior, are the leaders of the School Ideas Club, a conversational group that encourages student activity.

Phillips says she was motivated to oppose the book ban when she got near the house.

“We learned about the books in the news that were disputed in Texas,” Phillips said. “And it was only a few months ago, but it felt like we were so far from this problem because it wasn’t happening in our state. And suddenly here in our school, books started to be challenged, and it was some kind of alarm bell, like, wow, you know, it could happen anywhere. And it will directly affect us. “

Both Phillips and Clausen spoke at a recent school board meeting because they want young people’s voices heard in books about race, gender, and sexuality.

“You have to think on a larger scale because there are so many kids in Wake County, North Carolina, across the country,” Clausen said, “all with different backgrounds, different experiences, and just because you might be uncomfortable with the subject. The material in the book does not mean that not everyone should have access to it. “

For Phillips and Clausen, this topic is personal.

“My mom is a librarian in the Wake County Library System, so from a young age she taught us empathy to learn about other people’s stories that are different from your own,” Clausen said.

“Since childhood, I have always wanted to be a teacher,” Phillips said. “That’s what I’ve always known. I wanted my students to feel included and feel noticed and heard. ”

Phillips and Clausen want every book to have a place in their library. They believe in intellectual freedom.

“My English teachers at Kerry High School have really created an environment where the freedom to choose what you want to read is the freedom, as it were, of representation in the books you are looking for,” Clausen said.

Phillips and Clausen read controversial books such as The Boy on the Lawn, Out of the Dark, and All the Boys Are Not Blue.

“People should read these books if they’re interested, because even if they’re not part of the LGBT community, or if they’re not someone who’s not white,” Phillips said, “they can really learn a lot.” , reading about other people’s views and how to find out what they went through ”.

Both agree that being able to see yourself in literature is important.

“I read“ The Boy on the Lawn ”and just got in touch with the main character, even though he lives somewhere else. His origins are different from mine, “Clausen said.” But only the opportunity to see his struggle, his dreams and his aspirations played out throughout the book, feels like a personal connection, which I think is the most valuable part of reading. ».

Michelle Burton has been a school librarian for 28 years, including at the high school level. She is also the president of the Durham Teachers Association.

“It’s very worrying that we’re getting more problems with books here in North Carolina,” said Burton, an elementary school librarian. “I’ve heard from school librarians, media coordinators across the state, especially in our more rural areas where books are contested because parents disagree with what the book is about.”

Burton says school librarians carefully check all books before purchasing them for schools.

“Everyone has the right to read what they want to read,” Burton said. “And especially as a school librarian, it’s very important for me to have reading materials that talk to my students.”

The Wake County Board of Education is meeting Tuesday night. Books are not on the agenda, but three more students from Kerry High School Idea Club plan to address the issue at a public discussion.

High school students oppose the fight for a book ban