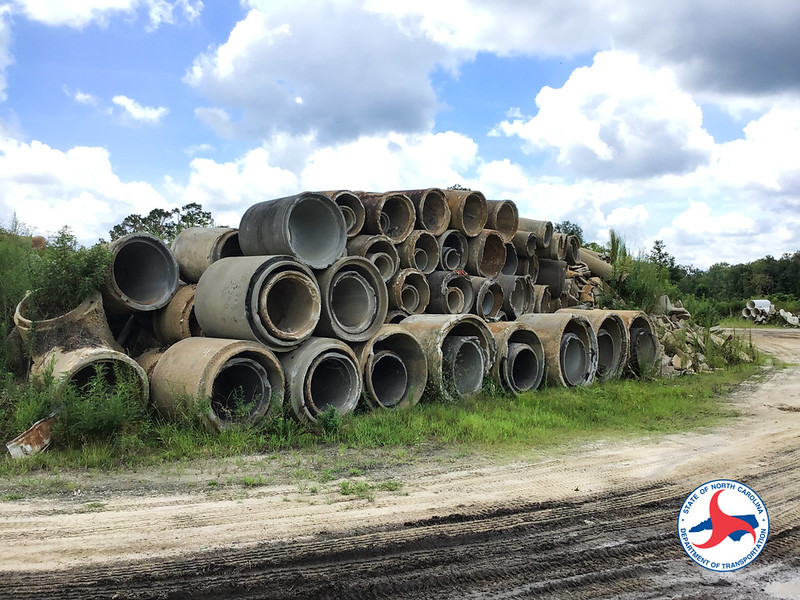 RALEIGH, NC (WNCN) – More than 1,000 tons of concrete pipes will be used to strengthen man-made reefs off the North Carolina coast.

Over the past 15 years, the North Carolina Department of Transportation has amassed thousands of pounds of damaged concrete pipes in its yards in Columbus and Bladen counties.

“We didn’t just do it overnight, but eventually the pile got so big that we ran out of ideas of what to do with it,” said Andrew Barksdale, NCDOT spokesman.

NCDOT is collaborating with the NC Marine Fisheries Division to repurpose old pipes.

Ken Clark, a NCDOT district engineer based in Whiteville, got the idea during a conference on coastal sustainability. He learned that the State Department of Marine Fisheries is looking for similar material to improve existing artificial reefs.

“It is not completely unheard of, but it is a partnership that is mutually beneficial for our state and for the Department of Marine Fisheries. It works for both of us, ”Barksdale said.

Barksdale said that while concrete is recyclable, these pipes have a reinforcing bar, making it more difficult to recycle or reuse. Properly disposing of them would cost the state $ 65,000.

Using them for artificial reefs meant that the NCDOT had to pay only for fuel and labor to deliver the pipes to the port of Wilmington.

“Not every county repair yard has this problem with its scrap metal. For us, this is just a great way to reshape this material, ”Barksdale said.

Such redevelopment will not work in every county. If the maintenance site is in the mountains, a few hours drive from the coast or does not have as much scrap to get rid of, it may not be worth the cost of transporting it to the port.

The state supports several artificial reefs. They create a habitat for fish and are considered a breeding ground for food and food for many species of fish important in the commercial and recreational spheres, according to the Department of Marine Fisheries NC.