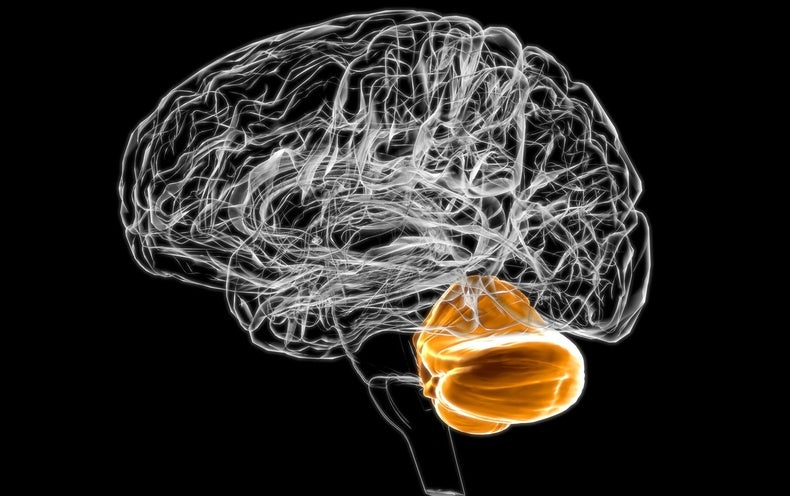 People with a rare genetic disease known as Prader-Willi syndrome never experience satiety, and this insatiable hunger can lead to life-threatening obesity. Scientists studying the problem have now found that a fist-shaped structure known as the cerebellum, previously unrelated to hunger, is key to regulating satiety in people with the disease.

This discovery is the latest in a series of discoveries that show that the cerebellum, which has long been thought to be primarily involved in coordinating movements, also plays a broad role in cognition, emotions, and behavior. “We’ve opened up a whole field of cerebellar control of food intake,” says Albert Chen, a neurologist at the Scintilon Institute in California.

The project began with a random observation: Chen and his team noticed that they could cause mice to stop eating by activating small pockets of neurons in regions known as the anterior deep cerebellar nuclei (aDCN) in the cerebellum. Intrigued, the researchers contacted Harvard Medical School staff. The researchers collected data using functional MRI to compare brain activity in 14 people with Prader-Willi syndrome with activity in 14 unaffected people, while each subject viewed food images – either immediately after eating or after fasting. at least four hours.

A new analysis of these scans showed that activity in the same regions that the Chen group identified in mice, aDCN, was found to be significantly impaired in people with Prader-Willi syndrome. In healthy people, aDCN was more active in responding to eating patterns during fasting than after eating alone, but no such difference was identified in participants with the disorder. The result suggested that aDCN is involved in the fight against hunger. Further experiments on mice conducted by researchers from several different institutions demonstrated that activation of aDCN animal neurons dramatically reduced food intake by dulling how the brain’s pleasure center responds to food. The findings were recently detailed y Nature.

For years, neuroscientists who studied appetite have focused primarily on the hypothalamus, an area of ​​the brain involved in regulating energy balance, or on reward processing centers such as the adjacent nucleus. But the group has discovered a new nutrition center in the brain, says Eleanor Hinton, a neurologist at the University of Bristol in England who was not involved in the study. “I’ve been working on appetite research for the last 15 years or so, and cerebellum just hasn’t been a target,” Hinton says. “I think it will be important both for Prader-Willi syndrome and, much more broadly, for the fight against obesity among the general population.”

Several Chen colleagues are now planning to test whether they can manipulate this scheme in healthy people using a non-invasive procedure known as transcranial magnetic stimulation. If successful, Chen says, the researchers hope to eventually conduct a clinical trial.

How the brain curbs overeating