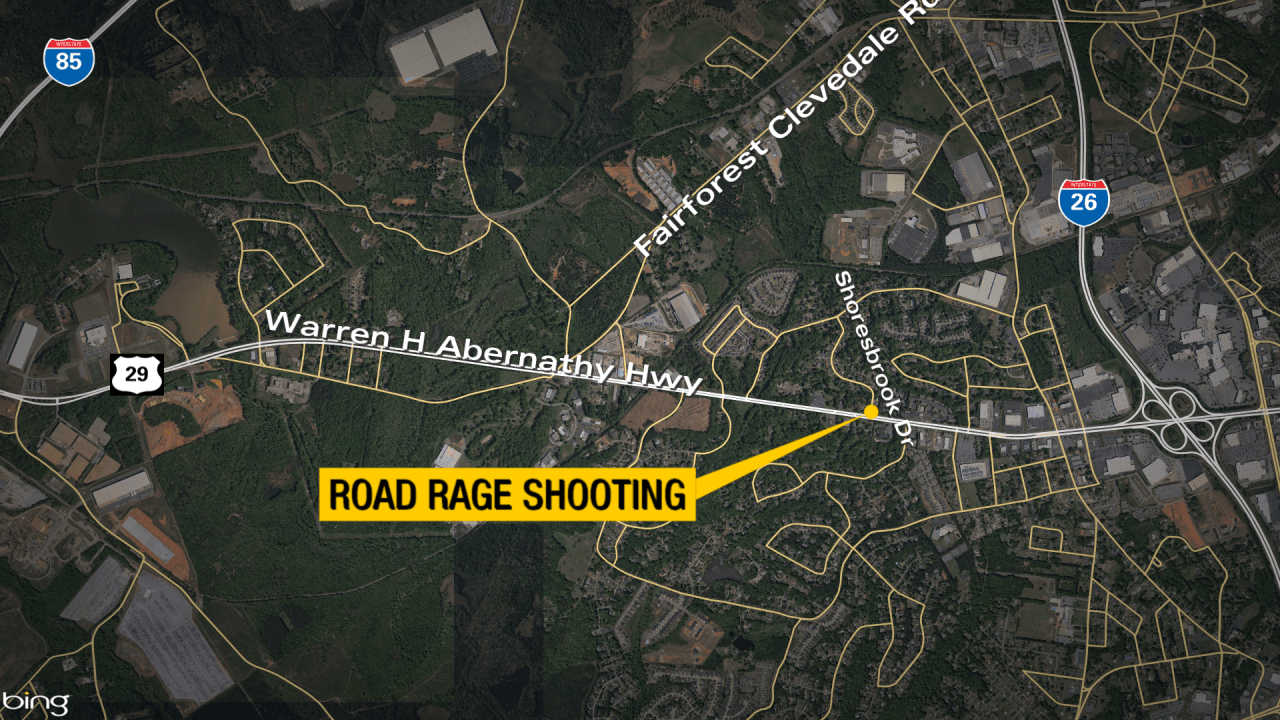 SPARTANBURG COUNTY, S.C. (WSPA) – A man has been charged with attempted murder after deputies say he shot at another vehicle during a road rage incident Sunday afternoon in Spartanburg.

The shooting happened on US 29 exiting Interstate 85 toward Spartanburg shortly after 12:30 p.m.

Investigators said an argument began between the suspect and the victim over the suspect’s erratic driving.

2 injured as a result of a dog attack in the city of Okani.

The suspect then drove up to the victim’s vehicle and pointed the gun again before the driver fired two shots at the suspect in self-defense, according to the sheriff’s office.

The suspect then lost control of the vehicle, struck a third vehicle and crashed near the corner of US 29 and Shoresbrook Drive.

Deputies said the suspect pointed the gun at another man who went to check on him after the crash.

The suspect, identified as 19-year-old Jeremiah Robert Jansen of Inman, was charged with two counts of attempted murder, firing a firearm into a vehicle in the vicinity, pointing and displaying a firearm and possession of a weapon during the commission of a crime. crime.

Jansen was booked into the Spartanburg County Detention Center and released on $80,000 bond.

Man accused of shooting on road along US 29 in SC