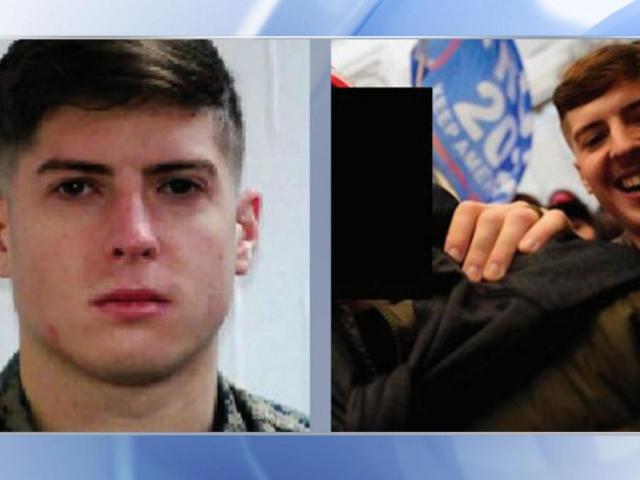 WASHINGTON — A Marine based at Camp Lejeune has been charged with involvement in the Jan. 6, 2021, riots at the U.S. Capitol, according to FBI documents.

Dodge Sergeant Dale Halonen was arrested Wednesday at Camp Lejeune, where he was stationed. Helonen was charged with trespassing into the Capitol.

Evidence collected by the FBI revealed, “Cpl. Micah Kumer, Sergeant Joshua Abate, and Helenen illegally entered the US Capitol building on January 6, 2021. Coomer wore a red baseball cap, a black Under Armor sweatshirt with a neon outline, and a green puffer jacket. jacket Abate wore a baseball cap with a rectangular design on the front, a checkered jacket and jeans. Helonen was wearing a dark-colored jacket, dark-colored pants, and was carrying a yellow “Don’t Tread on Me” flag.

According to the complaint, the FBI learned that Coomer had posted several photos of himself, Abbate and Helonen at the Capitol on his Instagram page. Surveillance footage confirmed that the three had trespassed into the Capitol building.

In an interview on June 1, 2022, Abate said he entered the Capitol with two “buddies,” saying they were “walking and trying not to get hit by tear gas.” The document says, “Abate also admitted that he heard the event being portrayed in a negative light and decided that he should not tell anyone about entering the US Capitol building.”

Investigators found that while inside, they put a red hat that read “Make America Great Again” on one of the statues to take pictures with it and walked around the rotunda.

A spokesman for the Marine Corps released a statement on the matter.