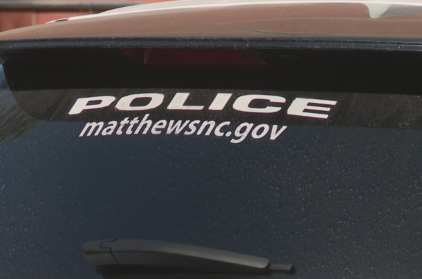 MATTHEWS, NC (QUEEN CITY NEWS) — An eight-month investigation found the Matthews Police Department inflated some of its statistics by about 40%. Now the city manager is trying to correct these grievances.

“We discovered this problem, but here’s what we’re doing to fix it,” said Becky Houck.

Matthews’ official is recovering from a multi-car crash

“I’ve gotten some input from members of the department that there are some issues that they think need to be looked into,” Houck said.

A month later, she appointed an official investigation at the police department.

“They did find that there were some issues, specifically with our department’s case closure rates and some of the way we categorize our crime statistics, but more than that,” she said. “Kind of how that information was received and communicated to our community.”

The investigation found that the agency had incorrectly classified cases as “closed by other means.” This resulted in 75% of cases being solved instead of about 28-35% to be exact. Hawke says the officers and investigators were under pressure from their superiors.

“We know it was a command directive to open cases and use that category to do it,” she said.

The culprits have been brought to justice or are no longer in the department. Current staff reviews all cases that are falsely classified to ensure there are no other reporting errors.

“The vast majority of them that they find so far, they should have been classified as inactive,” she said. “There were no other leads to follow up on. As new information becomes available, it will certainly be disclosed, and this will continue to be the case,” Hawke said.

A Gastonia man is accused of stealing $2,000 worth of Target merchandise

“The men and women that are out there, they’re doing a great job, and we believe in them, we trust them, and we want our community to feel the same way,” Hawke said. “That’s why we’ve made this decision to push this forward and own it and talk about how we’re going to fix it and be able to move forward successfully.”

Hawke says the inaccurate reporting did not affect the investigation of the various crimes, but instead made the department appear more favorably. She plans to release more complete data on her findings in the next couple of weeks.