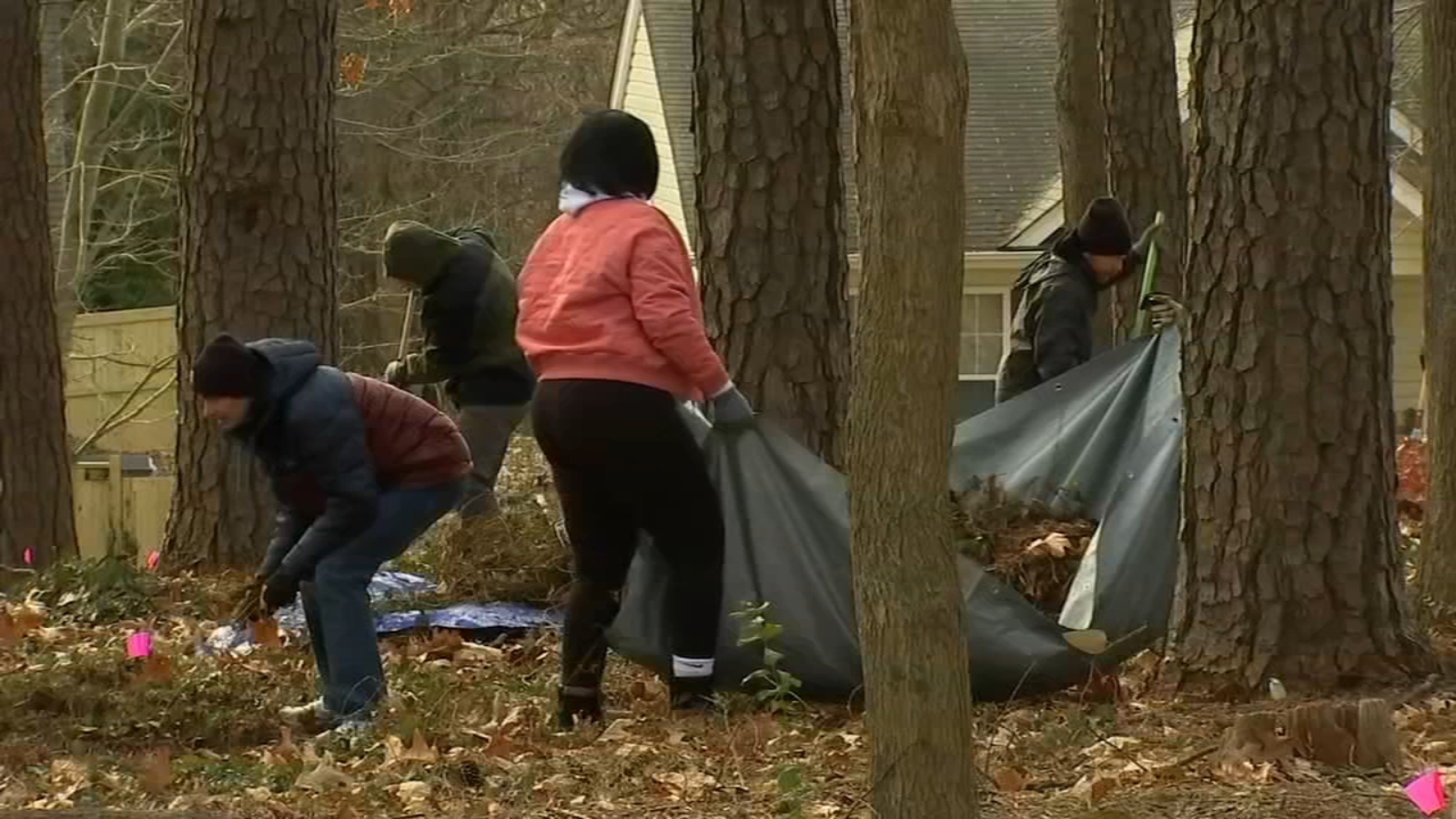 DURHAM, NC (WTVD) — The Martin Luther King Jr. Long Holiday Weekend offers plenty of time to reflect and consider the role his courage played in the civil rights struggle. Advocates who have successfully lobbied for a national holiday are urging people to consider a day of service to others in his honor.

That’s a motivating factor for Tayeon Williams-Dancy, an organizer of Saturday’s Apex march in honor of Dr. King. King was killed by an assassin’s bullet on April 4, 1968, and Williams-Dancy sees an opportunity to teach today’s youth to avoid violent conflict resolution. So she planned a forum to inspire dialogue after the march.

“Gun Violence Group. Dr. Martin Luther King was dedicated to nonviolence. That was really the foundation of his mission,” Williams-Dancy said. “And now when we look at where we are today, there is so much violence in our world. How do we get our youth to look back at what Dr. King did?”

She studied his life, as well as the sacrifices of others, including those who were beaten by law enforcement officers on Bloody Sunday, the 1965 march in Selma, Alabama, organized to register black people to vote.

The holiday weekend also inspired people in Durham, who spent part of Saturday clearing undergrowth and leaves from Geer Cemeterythe final resting place of enslaved people and other African Americans who were not allowed to be buried next to white people during the days of segregation laws.

“I wasn’t very active, I didn’t know or I wasn’t interested when I was growing up and when all this was happening. I just didn’t know about it and now I do. a little more, maybe a lot more. So it means a lot more to me. So, I just want to feel like I want to be involved, to do something,” said Marcia Saltz, who was a teenager when Dr. King advocated for civil and voting rights, during a break from cleaning up cemeteries.

One of the gravestones in the cemetery is dated Saturday, but in 1842, when the woman buried there may have been enslaved.

“Gathered together to recognize this history, to recognize perseverance, determination and strength. And Dr. King embodied these things as well. So we want to reclaim this space and our goal is to preserve it for future generations,” Trotta said.

Many young people already know about the importance of Dr. King.

“I think about his speech that he made,” said a young Quinley Toth. “Speech to help black lives matter and all that. How important it is that everyone has equal rights.”

“The discussion will take place later when she can fully understand its meaning,” he said. “We don’t really want to give her any preconceived notions or anything like that until she can really embrace it.”

Those motivated by Dr. King’s words, actions, and sacrifices want to continue acts of service that help the nation grow.