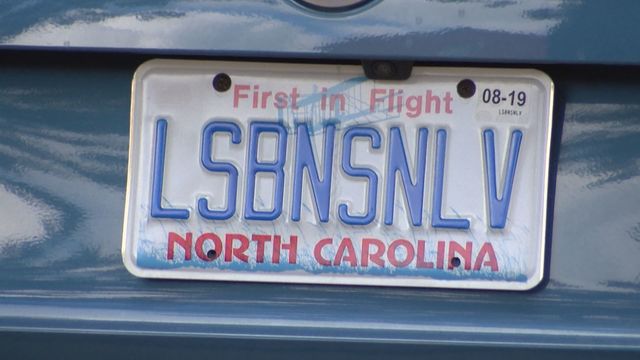 WINSTON-SALEM, N.C. (AP) – The North Carolina Division of Motor Vehicles has approved more than 200 phrases that have been blocked from appearing on vanity license plates.

Some of them are related to sexual orientation. That’s the result of a recent DMV review of the no-issue list, which contains more than 9,000 terms.

Radio station WFDD reports that terms removed from the banned list include “GAY,” “LESBIAN” and “QUEER.” But others remain, including “BISEXUAL” and “GAYS0K.”

DMV Commissioner Wayne Goodwin says he welcomes input from the public and that his goal is to have “no hate plates in this state.”