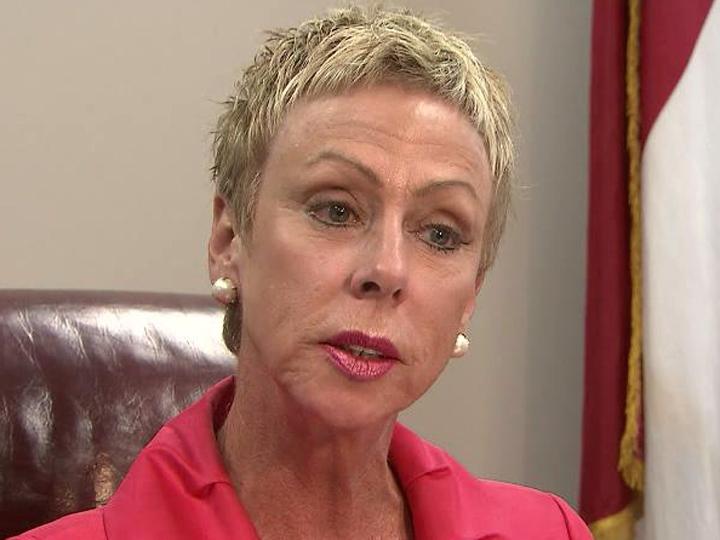 And recently obtained records of 911 calls show that the incident drew the attention of at least three callers, who both told dispatchers that there was a car parked in the other car and that no one was in the cars.

The incident happened shortly after 9 p.m. on Dec. 8 near the intersection of Salisbury and Hargett streets in downtown Raleigh, just a block from Wood’s office, according to police and court records. Wood, 68, was driving a Toyota sedan when he crashed into a parked 2016 sedan, according to police.

Wood was charged Dec. 12, four days after the incident, records show. The vehicle Wood was driving had a single-digit license plate, police said. These plates are issued to State Board officials, the highest elected state officials in North Carolina.

Wood declined to comment and referred questions to her attorney, Roger Smith Jr. Smith did not immediately respond to a request for comment.

“I’m on the corner of Hargett and Salisbury and it looks like there’s a car on top of another car,” the woman who called to report the crash said in a recording of one of the calls. “Not really, but two wheels are off the ground and the car is on and nobody’s in it.”

At least three people called 911 to report the incident.

“The car is parked,” the male caller told the dispatcher. He said the car above was a “government car”.

Another male caller said the black Toyota “appears to have hit another car and there is no one in either car.” The caller said no one near the cars was hurt.

Wood is scheduled to appear in administrative court on January 26. “It’s standard procedure for these types of cases,” Freeman said. “And this case will be treated like any other.”

Freeman declined to provide further details about the incident.

Wood, a Democrat, has served as state auditor since 2009 and was re-elected to her fourth term in 2020. Prior to her election, she worked in the state auditor’s office for 10 years. Her office audits government spending and processes.