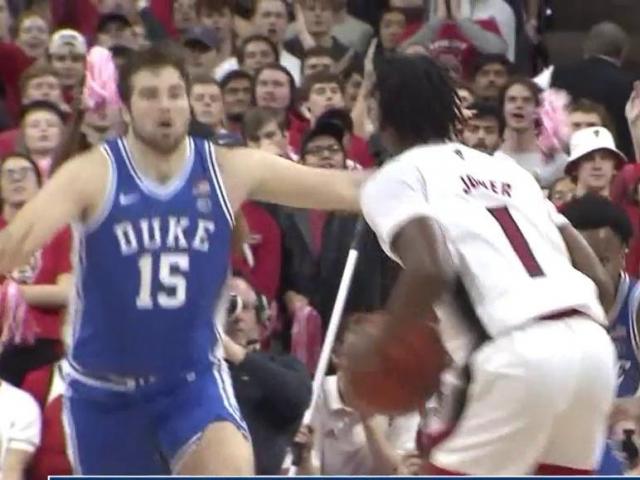 There are some names that NC State fans associate with big wins over Duke or North Carolina.

Terkavion Smith added his name to that list Wednesday night. Jarkel Joyner was also not far behind.

The sophomore guard scored 24 points in an 84-60 home rout of the No. 16 Blue Devils at PNC Arena. Joyner had 21 points and nine assists.

Each of these guards has had their moment against one of the Blue Bloods over the past 30 years. Smith hit four 3-pointers to lead an upset Duke team (11-4) in the early stages.

Forward DJ Burns provided a spark off the bench with 18 points.

The timing couldn’t be better for sixth-year coach Kevin Keats. After a lackluster 14-point loss at Clemson on Friday and a meager 1-3 ACC start.

Ranked No. 16 in the NET, Duke is the highest-ranked team in the NCAA and gave the Wolfpack a chance for a rare win in Quadrant 1.

The Wolfpack was 0-2 in Q1 games (vs. Kansas in the Bahamas and Miami) before Wednesday’s win.

Not that Mike Krzyzewski has had much better recent success than Scheer. It was the fifth time in seven trips to the PNC that Duke has lost on the road to the Wolfpack.

It took more than 7 minutes for Duke to get on the scoreboard. NC State led 15-0 before Mark Mitchell’s dunk at 12:24 of the first half.

Stolyar’s three corner kicks capped the first half for the Wolfpack, who were without forward Jack Clarke (groin injury) and big man Dusan Mahorcic (knee).

Smith went on an eight-point mini-run early in the second half to make sure Duke didn’t believe it could come back. Smith’s 3 at 17:44 of the second half put State up 52-26.

The Blue Devils trailed by as many as 29 points in the second half.