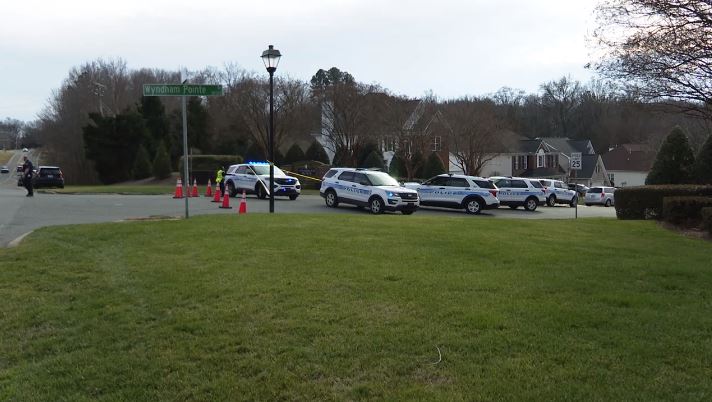 CHARLOTTE, NC (QUEEN CITY NEWS) – “We just got back to the house maybe two hours before and, uh, we just heard gunshots.. some loud bangs, what can I call it, and after the second one I was like so that’s a shot… so you know it sounded pretty close and I thought, ‘hmm, that’s a little weird for it to be in this area,’” said one area resident.

And it was unusual. People in the Wyndham Place neighborhood in the University City neighborhood say they don’t hear anything like that in their homes.

These pictures, according to CMPD, were taken from a home on Billings Park Drive of a man suffering from a mental health crisis.

Authorities say officers were preparing to serve bond papers on the resident of the home when multiple calls about domestic violence with a deadly weapon came in from the same address.

“Officers were able to get to the home quickly as they were already in the neighborhood and saw the subject actively firing a gun in the direction of the home. The officer observed this and fired his firearm at the active shooter subject and ended the immediate threat,” Deputy Chief Tonya Arinton said.

“When we do an IVC, we do a background check, so when officers arrive at a scene, is there a history or anything of concern, like prior threats, prior assaults on officers, or anything like that — we know that is happening. And all indications are that that was not the case with this one, Arrington said.

The officer has been placed on paid administrative leave pending the outcome of the investigation.

The DBR was also called.

Neighbors describe the scene of an officer-involved shooting

Source link Neighbors describe the scene of an officer-involved shooting