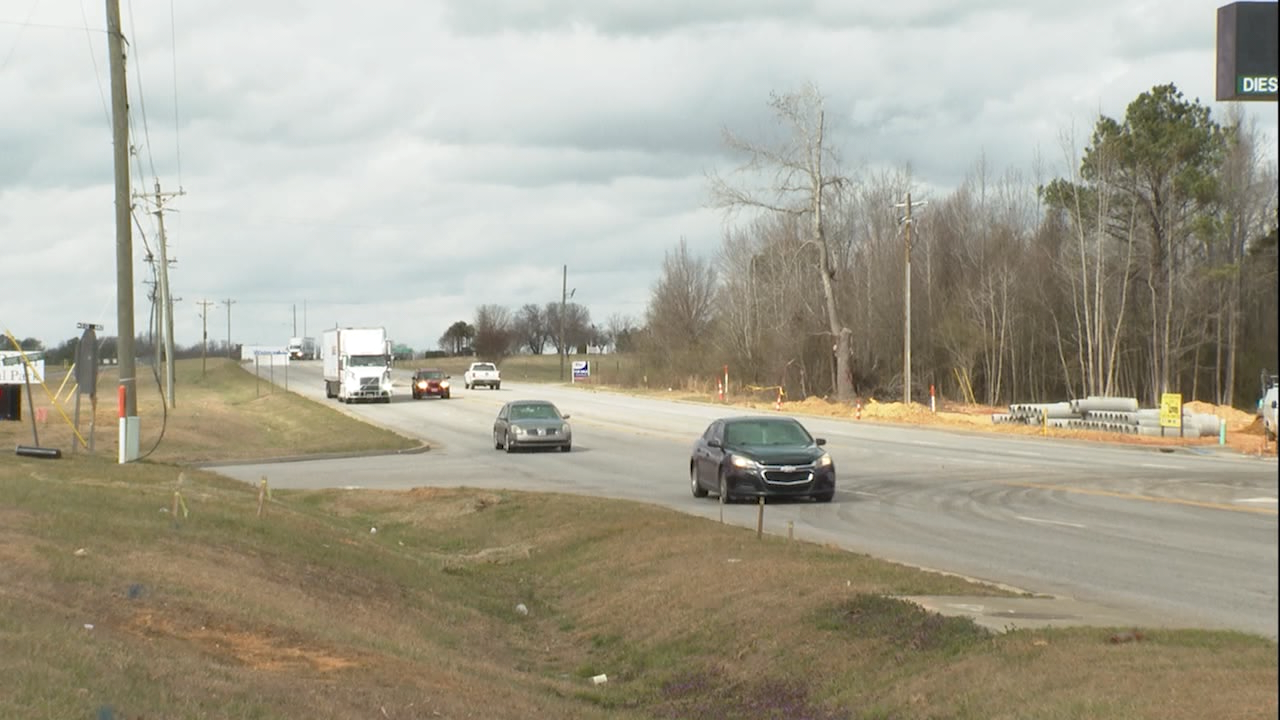 PAGELAND, SC (QUEEN CITY NEWS) – From 55 to 45, drivers traveling Highway 601 in Pageland will have to hit the brakes a little harder after the Department of Transportation lifts the speed limit.

Officials say it’s a move to keep drivers safe, but it’s not exactly what neighbors in the area are pushing for.

“Everyone’s natural inclination is to drive 55 or more, but speed is not the reason why everyone gets hurt … it’s the intersection,” said Eddie Savage, vice president of Dynamic Brands.

Four killed in northeast Charlotte car crash/fire; I-85 is closed for several hours

He is one of many who are asking the transportation department for a four-way stop light at Highway 601 and the Dove Sutton Road intersection.

He and his staff have seen several accidents happen right in front of his building, some with fatal results.

Get the latest news alerts with the Queen City News mobile app. It’s FREE! Download for iOS or Android

But the DOT denied all requests, saying the lights weren’t required based on factors such as traffic volume and accident rates.

The department says they made several improvements to the intersection last year to improve safety, including “additional traffic lights and signs around the intersection, improved pavement markings and a new right-turn lane that provides additional visibility for drivers.”

“We are working closely with our law enforcement partners to enforce these changes and promote safety.

Although the intersection does not currently meet nationally recognized standards for a traffic signal, we will continue to monitor this corridor and assess the need for future improvements to include a signal.”

“In my honest opinion, I think the point is to do what they want, regardless of what the people they represent are asking for and needing; “I don’t think they’re coming,” Savage said. “They check it, but do they sit here and see it weekly, hourly or daily? Do they watch cars pull out and almost get hit instead of getting hit? They don’t see it.”

His office works with the Pageland Fire Department to give them a place to store resources like barriers and cones.

“So that they have the necessary materials for work when they have them. They say they happen so often,” Savage continued. “It is better to have a local point to have it than to bring it. So we’re going to have it right here at our plant to try to help the community.”