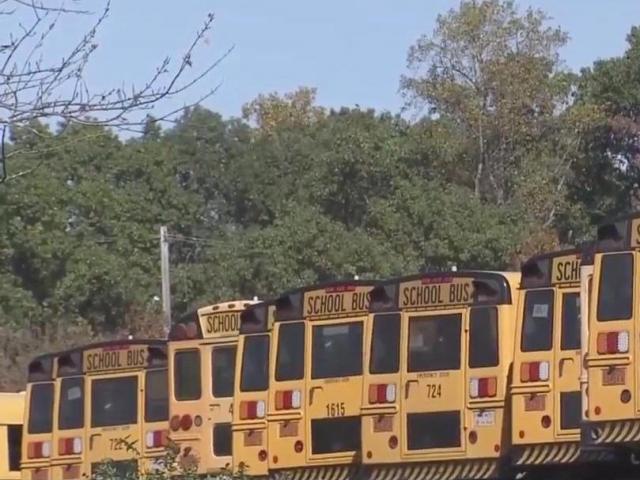 RALEIGH, NC — Some parents in Wake County Public Schools say long school bus delays are putting their children back in classrooms and even putting students at risk as they wait for the bus.

With four children in different schools in the Wake County Public School System, Nance says she depends on the bus to get everyone to school on time.

“And there’s really no single system that tells us if it’s going to be late,” Nance told WRAL News. “So, unfortunately, we’ve had a lot of situations where my 10- and 11-year-old was standing on the street by himself.”

Nance said several days a week she had to spend time parked outside the bus stop waiting for him to arrive, sometimes for more than an hour.

Sometimes she took her children with her to work so as not to be late.

“So I’m going to leave it sitting there, not really sure if it’s going to happen, or am I actually going to get to work on time?” said Nance. “I have no idea, but it doesn’t seem to be getting any better, and frankly, it’s dangerous for the kids.”

WRAL News has reported for months about the understaffing of local area bus drivers.

At the beginning of the year, Wake County had 267 unfilled bus driver positions.

Those vacancies have led to months of headaches for families who are constantly understaffed on their bus routes.

WCPSS offered a $1,200 sign-up bonus this year to attract new drivers, but the shortage continued.

WRAL News reached out to the district Friday for a response to Nance’s concerns.

Wake Schools said in a statement that parents can check the district’s website for information about their child’s bus route, as well as check the Here Comes The Bus app, which provides real-time tracking information.

But Nance said their arrival estimates were often way off, and she’s pushing for another fix.

“I’m telling you, all the parents will be behind you and supporting you,” Nance said. “We just don’t know what to do.”