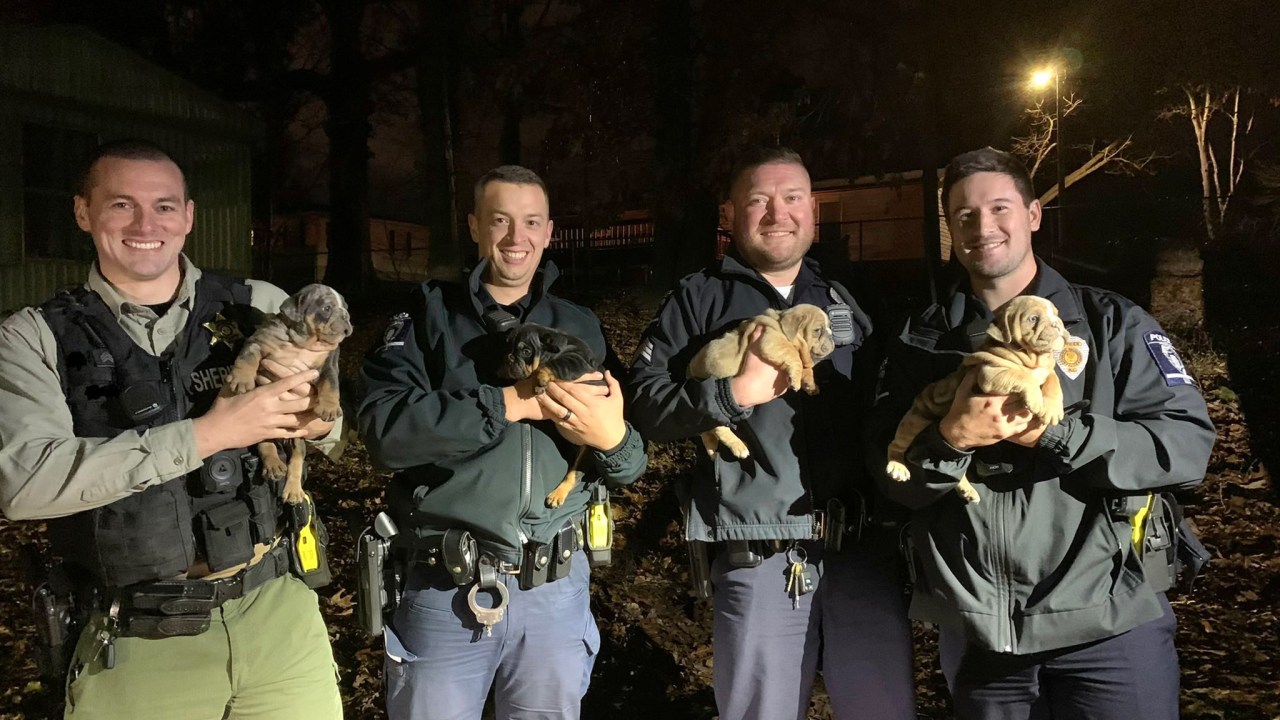 CHARLOTTE, NC (QUEEN CITY NEWS) – A group of puppies that were taken during a robbery in Charlotte have been found after a police chase, the York County Sheriff’s Office said Saturday.

Deputies said they, along with Charlotte-Mecklenburg Police, responded to calls regarding a burglary in the Charlotte area Saturday morning. Upon arrival, the suspects fled and a chase ensued into Rock Hill, where the suspects crashed the vehicle near Springdale Road and attempted to flee on foot, according to the sheriff’s office. A K9 team was able to track down the suspects and they were arrested, the sheriff’s office said.

Bulldog puppies were found to have been stolen during the theft and have been found and returned home.

The names of the suspects have not been released and there is no word on the charges at this time.