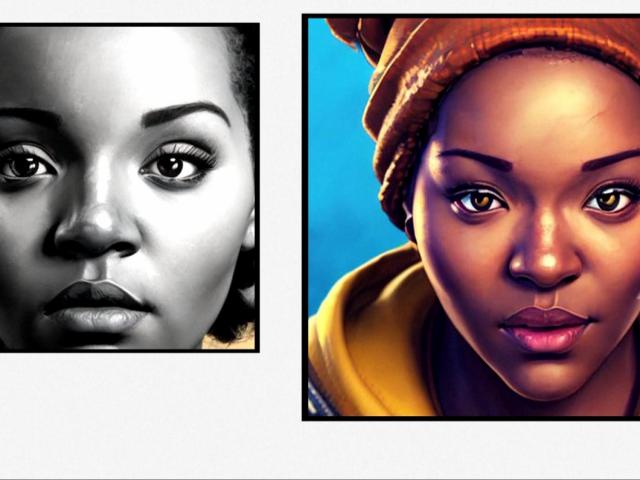 You may have seen them on social media – selfies taken with the help of artificial intelligence with Lensa AI, an application that has become one of the most popular in the world.

Lensa AI is the most popular app right now, topping both Apple and Google’s charts with five million downloads already this month, according to businessofapps.com

Krista Laster loves her adorable avatars from Lensa AI, a photo and video editing app with a viral new feature that lets users upload images of themselves or others and use artificial intelligence to turn them into vibrant avatars.

“I was able to see myself as an actress that I had never seen before,” Laster said. “They make me feel strong and powerful and confident.”

Avatars aren’t the only thing that gets people talking. #5 of Lensa’s terms of use reads in part: “You grant us a perpetual, irrevocable, non-exclusive, royalty-free, worldwide, fully paid-up, transferable and sublicensable license to use, reproduce, modify, distribute, create derivative works of your User Content.”

“Simply put, if you’re a user who wants to use Lensa, you’re agreeing that any photos you give Lensa they can use however they want,” explained legal analyst Danny Cevallos, and that’s a concern for cybersecurity experts.

National security analyst Clint Watts explained the dangers of giving a company a picture of your face.

“Your face is what is used to identify you and can reveal your identity to the entire world on the Internet,” Watts said.

When asked if she was concerned about the privacy and security aspect of the app, Laster said, “My data is already there.”

The app is owned by Prisma Labs, a company whose founders, according to their LinkedIn pages, used to work in Russia.

US-registered Prisma told NBC News: “We have no presence in the Russian Federation.” The company also said that “photos will be immediately removed from our servers once the avatars are ready.”

Avatar fans love their new look, despite the risk.