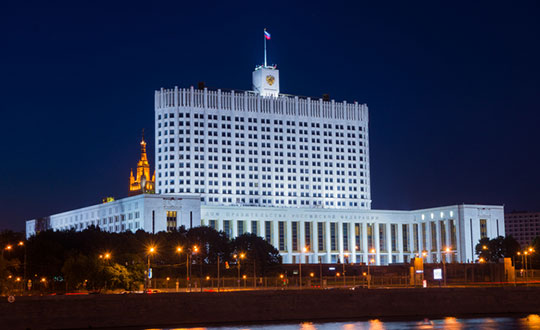 In mid-November, Russia destroyed a filmed satellite using ground-based anti-satellite weapons (ASAT). This has created significant debris that has threatened other assets in low orbit, including the International Space Station (ISS). At that time, two Russian astronauts served in the ISS crew of seven.

Two weeks later, Russia followed the ASAT demonstration boast that they could destroy all 32 satellites of the global positioning system simultaneouslyblinding the US and NATO.

Based on the ASAT demonstration and the unclassified reports of the director of U.S. national intelligence, it is clear that Russia can destroy all or at least most GPS satellites at once.

It is less clear whether Russia will do it.

To find out, Dana A. Howard spoke with George Bibi, who once worked as a chief analyst at the Central Intelligence Agency for Russia and Eastern Europe. He is now the program director at Center of National Interestscenter-right think tank.

Dana A. Howard: Russia’s threat to destroy GPS came shortly after they destroyed an old satellite in space. What are you doing with this demonstration and all the dangerous rubbish it has formed?

George Bibi: Well, they were obviously sending a message – actually a few messages. First, it is known that they have the ability to destroy satellites in space. It is part of a broader narrative, that they are a world power to be reckoned with. And it is no coincidence that this was done at a time when they were gathering troops along the borders of Ukraine.

Another message is that they know that the US and Europe are very dependent on space, and we are vulnerable here.

DG: But space debris will threaten satellites and people in low orbit for years to come. This seems reckless and contrary to their own interests.

GB: While others find it reckless and irresponsible, Russian officials almost certainly see it as an expression of determination. It was actually another message. They said: “We are ready to endanger our own equipment and people.”

Transfer this to their concern to prevent Ukraine from joining NATO and otherwise falling into the sphere of influence of the West. It could be: “We are ready to take the pain to keep Ukraine from leaving our orbit.”

Unfortunately, I’m not sure most Western leaders have picked up on the “We’re Solved” message.

DG: However, the attack on GPS will be a huge, destructive and dangerous step. How can everything be so bad that they will do it? 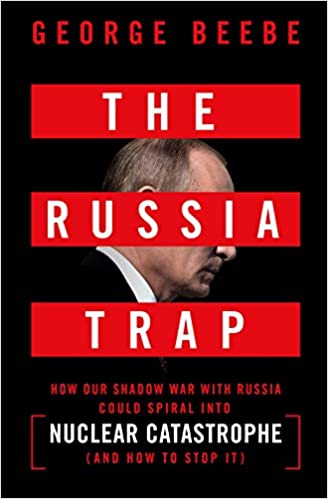 Bibi is the author The trap of Russia. (Cover: Thomas Dunne Books)

GB: Russia sincerely believes that it is threatened by the West in general, and NATO in particular.

After the fall of the Soviet Union, their global influence diminished, and Western influence on their borders expanded significantly. Some of their neighbors have joined NATO. Others, like Ukraine, have not done so, but would like to end up under the umbrella of NATO. This is unacceptable for the Kremlin. This is similar to what Soviet missiles were in Cuba for the United States.

Over the past decade and a half, Putin has rebuilt the Russian army. Now he is trying to draw lines on the sand so that the West does not cross.

At the same time, the West is threatened by Russia. Hitler’s aggression and refusal to settle for territorial concessions are a standard reading in every class of Western history. American and European leaders feel compelled to hold the line and not succumb to what they see as Putin’s territorial ambitions.

This is a very dangerous situation, as both sides consider themselves defensive and the other acts aggressively.

DG: I think it is much easier to justify something to yourself and your compatriots if you think that you are acting only in self-defense.

GB: That’s right. The problem arises when one side does something in self-defense and in response the other side also feels compelled to do something. This can generate an escalation between the dogs that gets out of control into a bigger conflict that no one wants.

DG: The West is imposing economic sanctions. At least, it’s harder to interpret as aggressive.

DG: Do you think Russia has ever really attacked GPS? And how can this go down?

GB: It depends on how much they feel cornered. They certainly know that our military and our homeland are very dependent on GPS, and we have no real alternative. It does not help that they are much less dependent on GLONASS and have an alternative if signals from space are not available.

So they can definitely do more harm to us than we do to them by interfering with navigation satellites.

It would take a lot to push them to physically attack GPS satellites. It would be an irreversible step, which they undoubtedly understand could lead to a complete war.

Cyberattacks on systems that control the GPS constellation are much more likely. It would be harder to attribute such an attack to them. It could also be undone if they got what they wanted.

I could also see them jamming GPS and Galileo signals across Europe and the US as part of the escalation of the conflict. Russian troops are well versed in electronic warfare, and jamming could be easily turned off as soon as they reached their targets, or when everything seemed out of control.