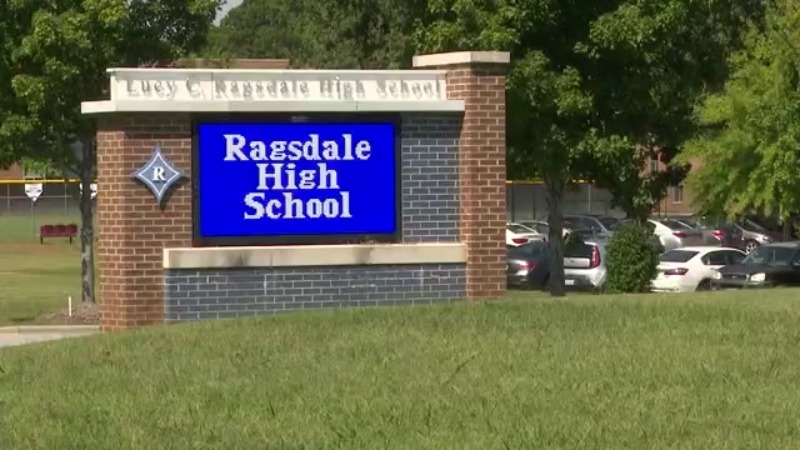 JAMESTOWN, N.C. (WGHP) — A student at Ragsdale High School was found with a gun Thursday, according to the Guilford County Sheriff’s Office.

At 9:13 a.m., the sheriff’s office says a student turned on a body scanner while walking to Ragsdale High School. The school staff immediately stopped the student.

While officials were looking through the student’s belongings, they found a gun.

The sheriff’s office says the student grabbed a backpack and tried to run off campus. Deputies were able to stop the student.

The sheriff’s office later confirmed the gun was loaded.

“This incident was brought to a successful conclusion thanks to the cooperation between Ragsdale High School staff, the school resource officer and patrol officers from the Guilford County Sheriff’s Office,” the sheriff’s office said in a news release. “This incident also highlights the benefits of the body scanners that were recently implemented at all high schools in Guilford County.”

At Ragsdale High School today, a contactless security system alerted staff to a weapon being brought onto campus, prompting law enforcement to confiscate the weapon. The weapon was recovered once the student arrived and no one was threatened or injured.

The High Point Police Department is investigating and appropriate school disciplinary action will be taken in accordance with the student code of conduct.

GKS installed contactless security screens in all secondary schools before the start of the traditional 2022-2023 school year.

This is a developing story.