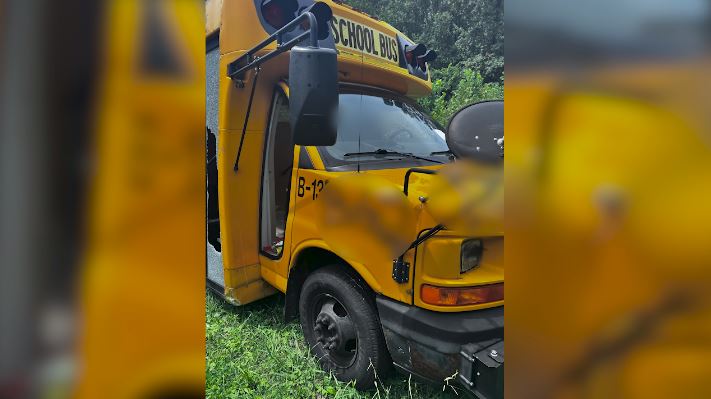 “I have three buses,” Pittman said. “And what I tried to do with them, I tried to get a tiny house out of one of them and then use two of them to create my salon.

With the help of her parents, she bought a property in Salisbury where old school buses were parked. Angel Pittman went to check out the buses on the property. She also wanted to record a YouTube video to show people her vision.

“I cried for a week and a half about this situation,” Pittman said after seeing the buses. “When I watch the videos I post, I still cry a little. The fact that I can even talk about it now makes me cry. I’m trying my best to hold it in.”

Buses were sprayed with racial slurs, derogatory names and windows were smashed. Pittman says it’s a reminder that hate still exists in the real world.

“The words that were there hit me in the heart because I was like, that’s not me,” Pittman said. “These words don’t define me, so why are you writing them on my stuff?”

The buses were moved from the property and Pittman set up shop in south Charlotte. The store has a wall where customers leave messages. She says the wall inspires her because instead of seeing all the words of hate, she sees words of love every day.

Angel has had to chase buses away from the property, and he says it was emotional to have a black woman riding a bus using such profanity.

And for every hateful word, her support was 100 times better.

“They encouraged me and told me to keep my head up; you will survive this.’

An incident report was filed with the Rowan County Sheriff’s Office. A spokesperson says the vandalism was investigated, but there was no video or witnesses to the crime.

The case is currently closed unless new information comes to light.

Angel Pittman says her story doesn’t end there: “I was ready for my little house and my salon to be next to my little house. I was very excited. I’m still excited, but I’ll have to go the other way.”

“The hate still exists.” Racial abuse on bus in Salisbury