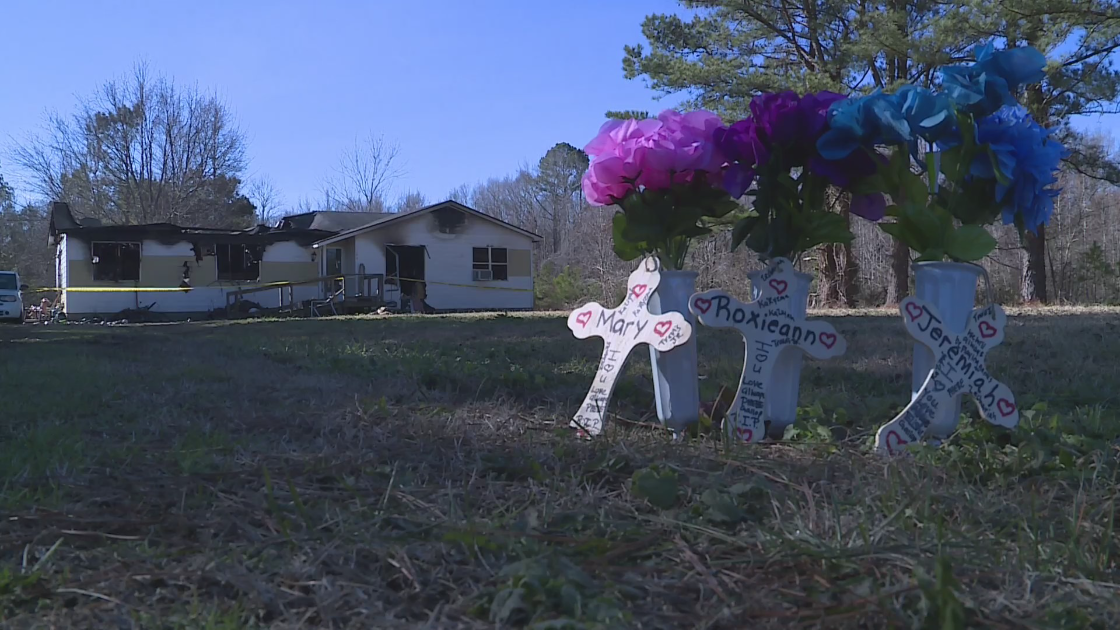 PASQUATANK COUNTY, NC (WAVY) — Investigators are still working to determine the cause of a house fire that killed three family members outside the city of Elizabeth.

WAVY reached out to the Pasquotank County Sheriff’s Office on Monday, but they were closed for the holiday. We know the call came from a house on Millpond Road at around 12.30am on Friday January 13.

According to other family members, Mary Williams said her house was on fire, she was having trouble breathing, and she was lying on the floor unable to get up.

It was just before her death.

Williams family member Robert Williams said, “I said it was a big bang and I went outside and I heard Quintin yelling for my wife to call the fire department.”

Quintin Herring says he saw the fireball and ran to the house to save Mary Williams, her daughter and grandson.

Three crosses now stand in front of the house in memory of the victims: Mary Williams, Roxie Ann Williams and Jeremiah Williams.

Mary, also known as Geraldine, 71, was a member of Open-Door Christian Fellowship Church.

Quintin told us that “she was a good woman. She would make you laugh a lot. She was always happy and never sad.”

“She was a good girl. She was sickly and all that, but she was kind,” Herring added.

The third cross says Jeremiah, but the family called him Tommy. He was 19 years old and seemed to be closest to the Herring.

“Tommy, oh Tommy, he was my partner. I would ride four-wheelers, but I guess I won’t have a good partner anymore.’

Because of the huge fireball, firefighters had to cut a hole in the house to get Tommy out. In this video of Herring, you can hear him telling Tommy to stand up.

Quintin said: “Hearing my voice, I called him to stand up to fight … I felt helpless. I felt helpless, seeing my family, my cousins, disappear before my eyes.’

Herring shows us the back door he went into to try and get the three out of the house,

“The smoke here reached me. I couldn’t go any further. I tried to get through that door, but I didn’t see, I didn’t see.’

Quintin called out their names, there was no response, and he ran to the front of the house.

“I didn’t get any response, so I kept banging on the windows, but there was no response.”

Quintin thought about what he had done the instant he was confronted with the deadly fire.

“Even though I never thought I’d run into a burning house and try to save someone, you never know what you’re going to do until it’s time. I didn’t think about my life, I just went to help.”

Since Friday, amid the loss, Quintin has asked if there is life after death? He thinks he has found the answer.

“Have you thought about life after death? Well, I have. I am sitting in the warmth of the house, and suddenly a cold draft blows, and I feel cold. It has happened three times since Saturday. I think they’re trying to tell me, “Thank you” for trying. At least for trying.”