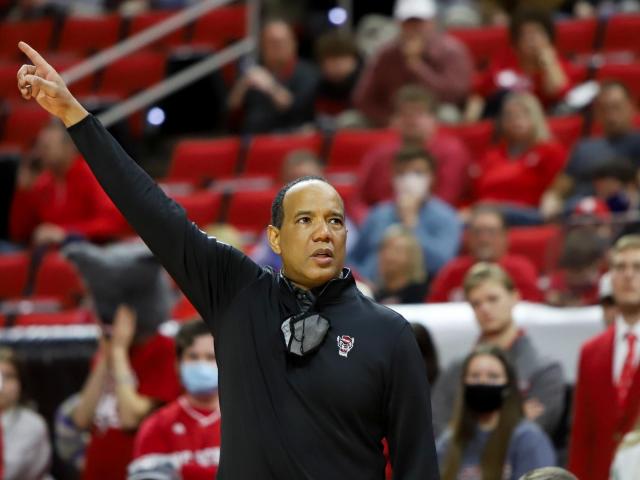 The PNC Arena should not be quiet during the Carolina game.

You shouldn’t be able to hear the squeak of sneakers on the court from the upper deck when a pack of wolves and Tara heels come together.

It was possible on Saturday.

If Ted Lasso is right and it’s a hope that kills you, then what does apathy do for you to Carolina’s victory over NC State 84-74?

The loudest applause from home fans was heard during the under-12 timeout in the first half, when the players of the NC State football team were honored.

That the UNC jumped 20-3 before anyone in red was able to provoke the necessary madness of greatness to hope against hope (for the sake of the old days) certainly didn’t help.

It would be easy to count Saturday’s loss as another bad day in a bad season (4-14 at ACC now). Condition was poor early, bad for the start of the second half and incompetent at intervals.

UNC was better off, causing the necessary performance to avoid mines in its NCAA tournament summary and move on to the next one, but something was missing.

On Saturday, there were pockets of Carolina fans here – more than usual for this game – but there was no overt zeal or even interest in dancing at the state’s grave.

It wasn’t Bloodthirsty in 2002 when Wolfpack fans painted the Smith Center red. On January 23, 2002, NC State supporters marched en masse to the Smith Center to win 77-59 and more. It was a cathartic release for a hungry fan base and a chance to bury the gruesome 8-20 UNC team.

It was rather a shrug from both sides.

While we’re discussing whether schools should honor Duke coach Mike Krzyzewski at the time of his retirement, no doubt NC State was supposed to honor Roy Williams on Saturday.

Williams forced his teams, as well as the fans, to take care of beating NC (which he did better than any UNC coach). Now that Williams is gone, the PNC had no smart characters and no juice. Not from fans and almost not from Wolfpack players.

You can’t exactly blame UNC supporters. Carolina’s trip to Duke next Saturday will tell you more about this team. So will the trip to Brooklyn for the ACC tournament.

But Saturday’s edition of the rivalry – which may have been the least anticipated since Everett Case landed in Raleigh in 1946 – was another sentence in the requiem for what ACC basketball once was in the triangle of.

It was another day in Raleigh when this game was an event. We can’t attribute all of this to a bad season or Kevin Keats.

If the kind of blue doesn’t drive people crazy in red in a triangle, and vice versa, then what do we really have?