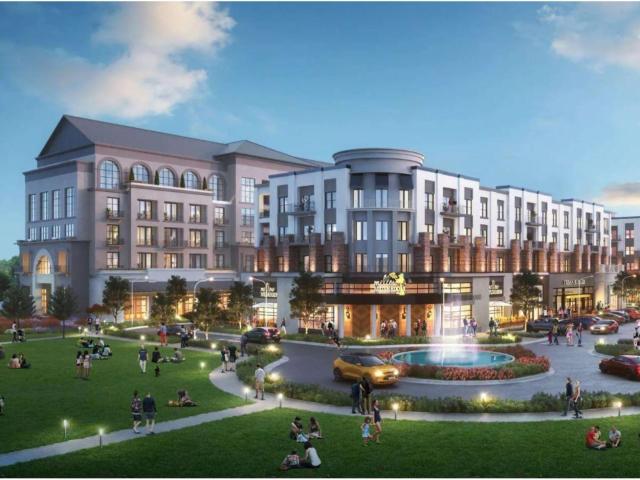 Could Johnston County Be Home to a New Type of North Hills Development?

A multimillion-dollar plan called the Waterfront District is in the works near Highway 42. It will bring hundreds of residential units, restaurants and shops overlooking the waterfront and northeast lake.

Nearby, an area called Flowers Crossroads is “buzzing with activity,” and just across the lake will be the Waterfront District, according to CEO Reid Stevenson. This is a huge task for a rural district – and causes mixed reactions from local residents.

Signs of growth and expansion can be seen in Johnston County, with the latest census data showing that Johnston County was the fastest growing county in the state over the past decade.

Developers are making room for large-scale development. Stevenson describes the area as a neo-urban part of the city.

“Currently, 312 apartments are under construction. The Views and North District will consist of 315 townhouses and the Waterfront District will be adjacent to the lake,” says Stephenson.

With the triangle growing across the Wake County border, Dana Wooten with the Clayton Chamber of Commerce shared what makes Johnston County attractive to developers.

“The appeal of Johnston County is that the land is more affordable,” Wooten said.

However, local residents have some concerns about the rapid growth and new developments. “Knowing that more people are moving into the area means it’s going to get even more crowded,” said Julia Morin, who lives nearby.

The growth could turn Johnston County into an economic powerhouse.

They are planned to start in mid-2023, and everything else is planned to be built in stages over 3-5 years.