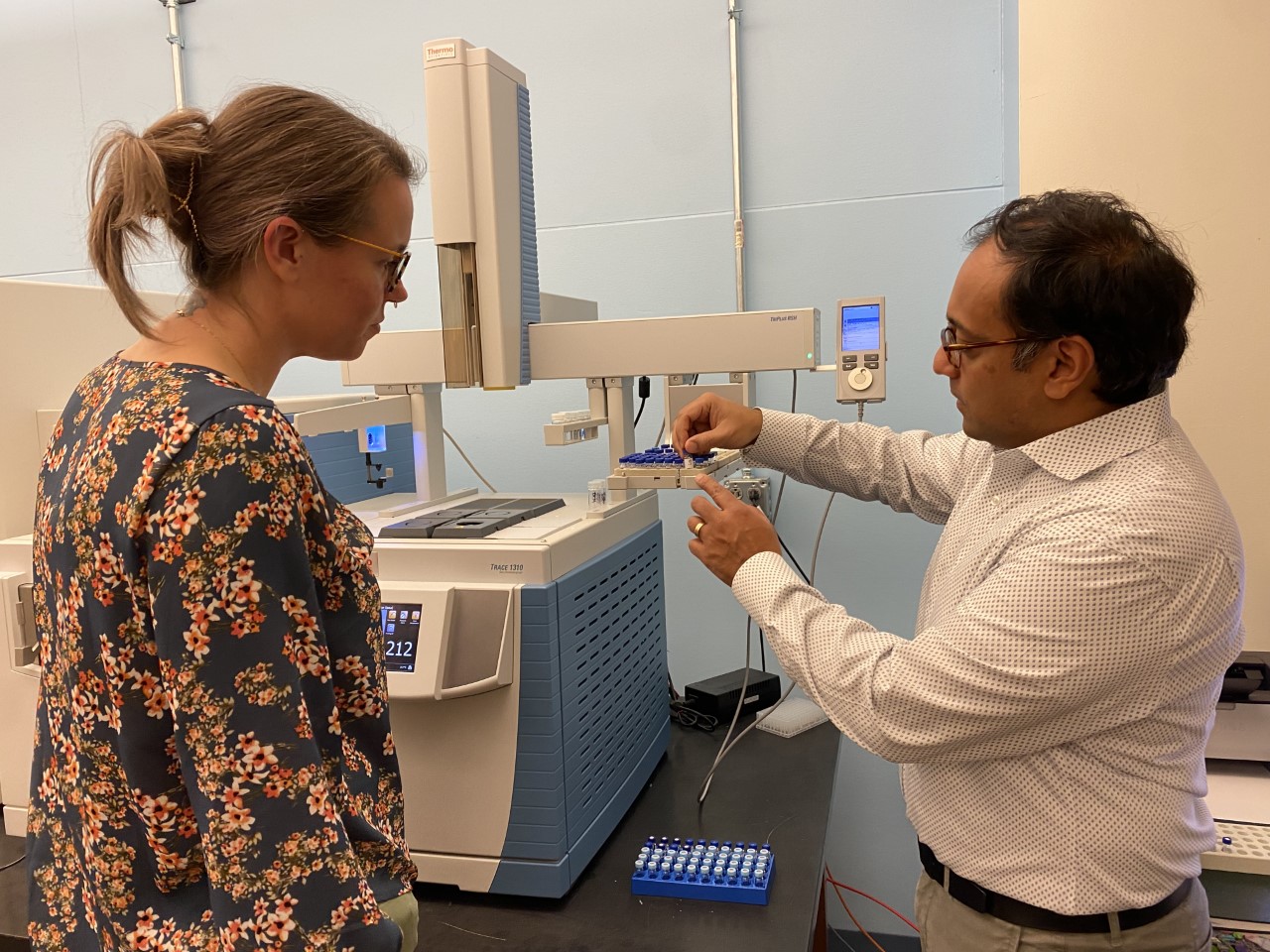 CHAPEL HILL, NC (WNCN) – Street drugs are getting more dangerous, scientists say, but a program at the University of North Carolina at Chapel Hill is working to prevent overdoses and drug-related deaths, and it’s getting money from the opioid settlement to do it.

Users providing samples are anonymous as they come through community health organizations.

“When we saw the increase in overdoses in our state, we felt we needed to learn more about what’s really killing people,” he said.

“The machine is able to separate each of the molecules and each of the drug components and tell us exactly what’s in them,” Dasgupta said.

They both also told CBS 17 that different points on the graphs could be key indicators for drugs.

“We know that fentanyl peaks at about 10.28 minutes,” Tracy said, pointing to a graph on a computer screen next to the machine.

The laboratory found all kinds of substances.

“We’re seeing new types of opioids that are cousins ​​of fentanyl,” Dasgupta said. “We are also seeing some types of contamination from our veterinary supply chain.”

Among them is a compound called xylazine, which is commonly used as an animal tranquilizer.

“This leads to people losing limbs, and that’s something we can detect very easily with this technology and help people avoid losing limbs,” Dasgupta said.

The content of drug samples is posted on the Internet here. People can also search for them using the QR code. It allows community organizations to issue alerts.

“We’ve heard stories of people throwing away drugs that they find are contaminated with things that are very, very dangerous,” Dasgupta said.

“One of the things that we hear from the doctors that we work with is that sometimes it’s very difficult for people to start taking drugs that help with addiction, and one of the reasons we think that’s because street supplies are so volatile,” Dasgupta said.

He continued: “These medical protocols need to be adapted to the provision of medicines to people. Part of understanding what’s in the drug supply is enabling healthcare professionals to help people get better and faster treatment, and for A&E departments to know what they’re treating.”

Money from the opioid settlement will go not only to his program, but also to help organizations around the state with smaller portable drug testing machines. Together, Dasgupta hopes their efforts will prevent drug-related overdoses, injuries and deaths.

“I think it’s a service, not just what we do, but what can be done on a smaller scale in the community that will save lives,” he said.