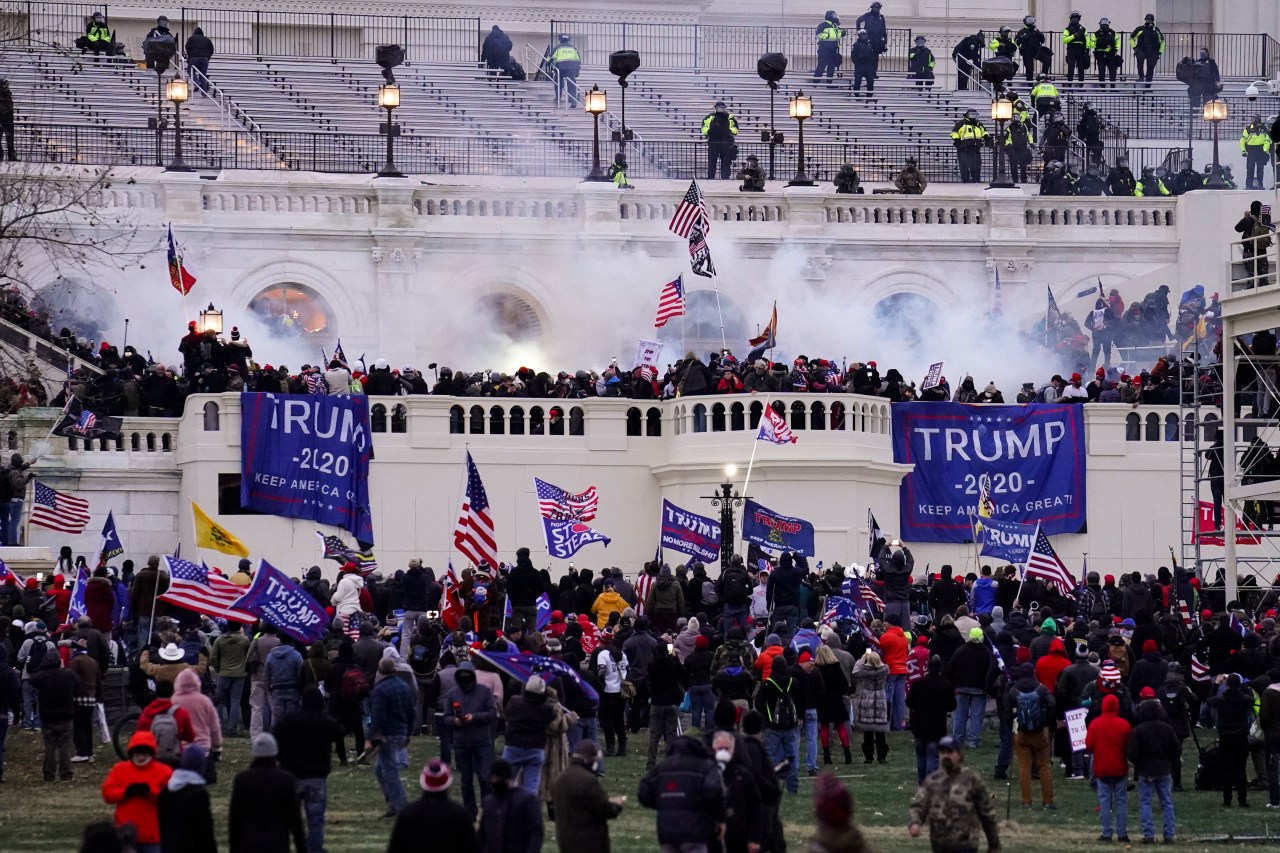 WASHINGTON, DC (WGHP) – Another North Carolina man is in federal prison for storming the U.S. Capitol and trying to disrupt the January 6, 2021 presidential election.

Lewis Easton Cantwell of Waynesville, who pleaded guilty on March 24 on one of the six original charges, was sentenced Dec. 6 to five months in prison followed by 36 months of supervised release, according to federal court filings updated Wednesday.

That sentence, along with $2,000 in restitution, were conditions Cantwell agreed to when he pleaded guilty to obstructing, obstructing or interfering with law enforcement while committing a public disorder and to aiding and abetting.

He is one of 25 accused from the state for being among thousands of supporters of former President Donald Trump, allegedly inspired by Trump’s unfounded rhetoric about a stolen election, storming the Capitol in a deadly siege designed to derail the constitutional confirmation process for President Joe Biden’s November 2020 election.

A bipartisan committee report on January 6 confirmed how at times armed and violent protesters broke windows and doors, threw down barricades and hijacked Capitol Police and other security to parade through the halls of Congress, even as members of the House and Senate cowered in fear and asked for help securing the building and protecting themselves .

They were there hundreds of injured law enforcement officers, death threats about the life of Vice President Mike Pence and others, and finally seven lives were lost during or after the rebellion. Almost 900 people were arrested and counting 465 pleaded guilty. More than 335 of them were convicted.

A special committee of the House of Representatives brought four criminal charges against Trumpand The Ministry of Justice is conducting an investigation. There was also a special adviser assigned to oversee several investigations featuring Trump.

Among those 25 from North Carolina who were charged or convicted were six are residents of the Piedmont Triad. Some of them are testifying in the ongoing trials of the leaders of the “Proud Boys” and “Oath Keepers” police gangs.

Seven out of 25 were sentenced to imprisonment. One received probation. A few more should find out their fates in the next few weeks. Some have served their sentences.

In a statement prepared by U.S. Attorneys Matthew M. Graves and Jacqueline Shesnoll and signed by Cantwell’s attorney, Nicholas Kotsis, Cantwell admits that he “went to one of the entrances to the U.S. Capitol and used his cell phone to take several videos of people struggling with law enforcement officers of the United States Capitol Police to infiltrate the Capitol building.

“During one of the recordings, watching riot police fight with law enforcement officers near the entrance, Cantwell yelled at the riot police to ‘open the door.’ At another point, Cantwell shouted that they needed “fresh patriots for the front.”

If not for the plea agreement, Cantwell could have been sentenced to 5 years in federal prison and fined $250,000.

Laura Steele of Thomasville, a former High Point police officer and member of the Oath Keepers organization, is set to go on trial Feb. 1 — one of several defendants whose cases could end in the next few weeks.

STATUS: The trial is scheduled for February 21.

PAYMENTS: Indictment on eight counts in connection with being in the Capitol and possession of a dangerous weapon, he pleaded guilty on October 20 to one count:

STATUS: Threaten punishment from 46 to 57 months. The verdict is scheduled for February 2.

STATUS: He remains under bail. The court in the case is scheduled for February 27.

CHARGED WITH: His wife is Tata Eileen Stottlemeyer Shalvey

PAYMENTS: The accused and his wife he pleaded guilty on October 3 on two counts of the original six he faced and agreed to cooperate with investigators by allowing them access to his social media accounts:

PAYMENTS: She is one of eight defendants from the sworn guards and appears in seven of the nine charges.

STATUS: The trial is scheduled for February 1.

PAYMENTS: Accused together with her husband she pleaded guilty on October 3 on one of the first five charges she faced and agreed to cooperate with investigators by allowing them access to her social media accounts: