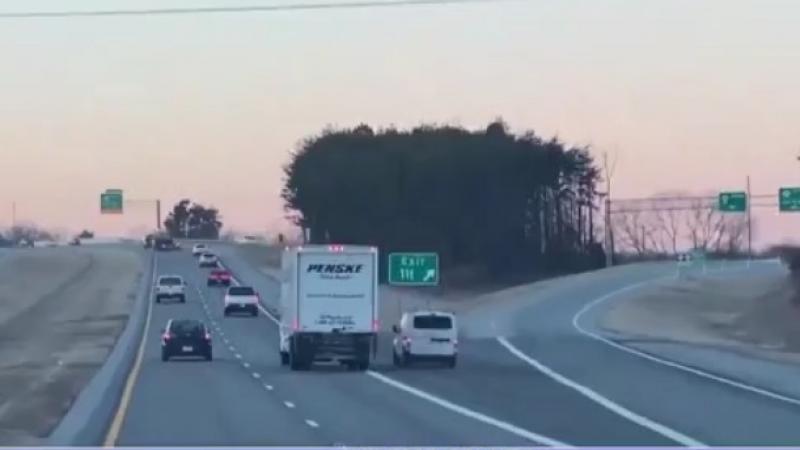 Both drivers, Jerry Ray Wyatt, 62, of Eden, and Joshua, Yang Livesey, 25, of Mayodan, were charged with failure to control lane control and careless / careless driving.

Pete Danny witnessed road rage from start to finish. He said it lasted almost 10 minutes and filmed everything on camera.

“They were doing it for 6 or 8 minutes before I even started recording, and in fact the guy even tried to cut me off two or three times, and I didn’t want to argue with that. So I stepped back, and then a black car got involved. It was like a boxing match, ”Danny said.

The video shows a van that uses ramps off the ramp to bypass other vehicles approaching the car. At one point the van hit right behind the car before the driver hit the brakes.

Danny said the driver of the black car threw a cup of liquid into the van before turning off the road in the middle.

According to a road patrol, a military man stopped a white Nissan van near the exit of Cornerstone Drive in Guilford County after two cars involved nearly crashed.

Danny said he first shot the video to send to his brother, who works with the North Carolina Road Patrol. Danny said he was grateful that no one was hurt.

“I was very lucky that none of them seriously destroyed or damaged anyone,” Danny said.