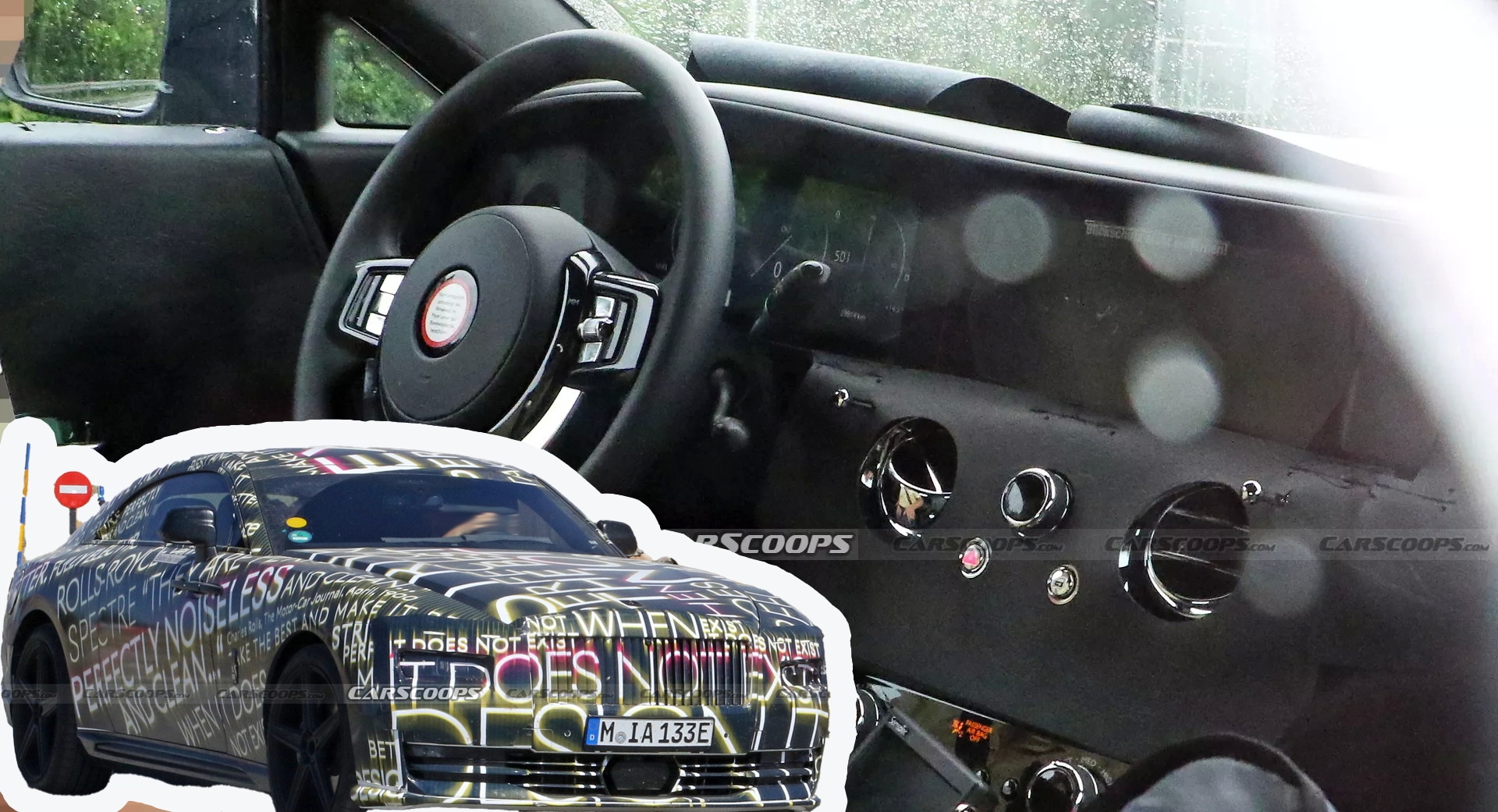 Rolls-Royce is expected to launch its first-ever Specter electric car in the coming months, and well ahead of its official launch, our spy photographers have had their first look at its interior.

The interior looks quite traditional in its design, which is quite logical Rolls-Royceclientele. However, given how much is covered, not much is visible, but we can spot a flat three-spoke steering wheel, round air vents and physical climate control, all wrapped in the finest leather and metal. There also appears to be a digital cluster that shares its nook with the infotainment screen.

Read more: Rolls-Royce says the Specter will be like taking off on a private jet

​​​​​​While it should be pretty obvious, it should be noted that the first EV Rolls will be a two-door coupe not a sedan. That being said, it has an elegantly sloping roofline that runs all the way to the edge of the hatch, giving it a silhouette not too dissimilar to the now-discontinued Wraith.

At the front we have the signature Rolls-Royce grille split headlights on either side, which follow the vertical creases of the body to the full-width lower panel, similar to the new Ghost. At the rear, we see the typical square Rolls-Royce taillights, located on the clear part of the trunk. Below it is a relatively complex diffuser area, which most likely visually fills due to the absence of exhaust pipes and helps in aerodynamics. 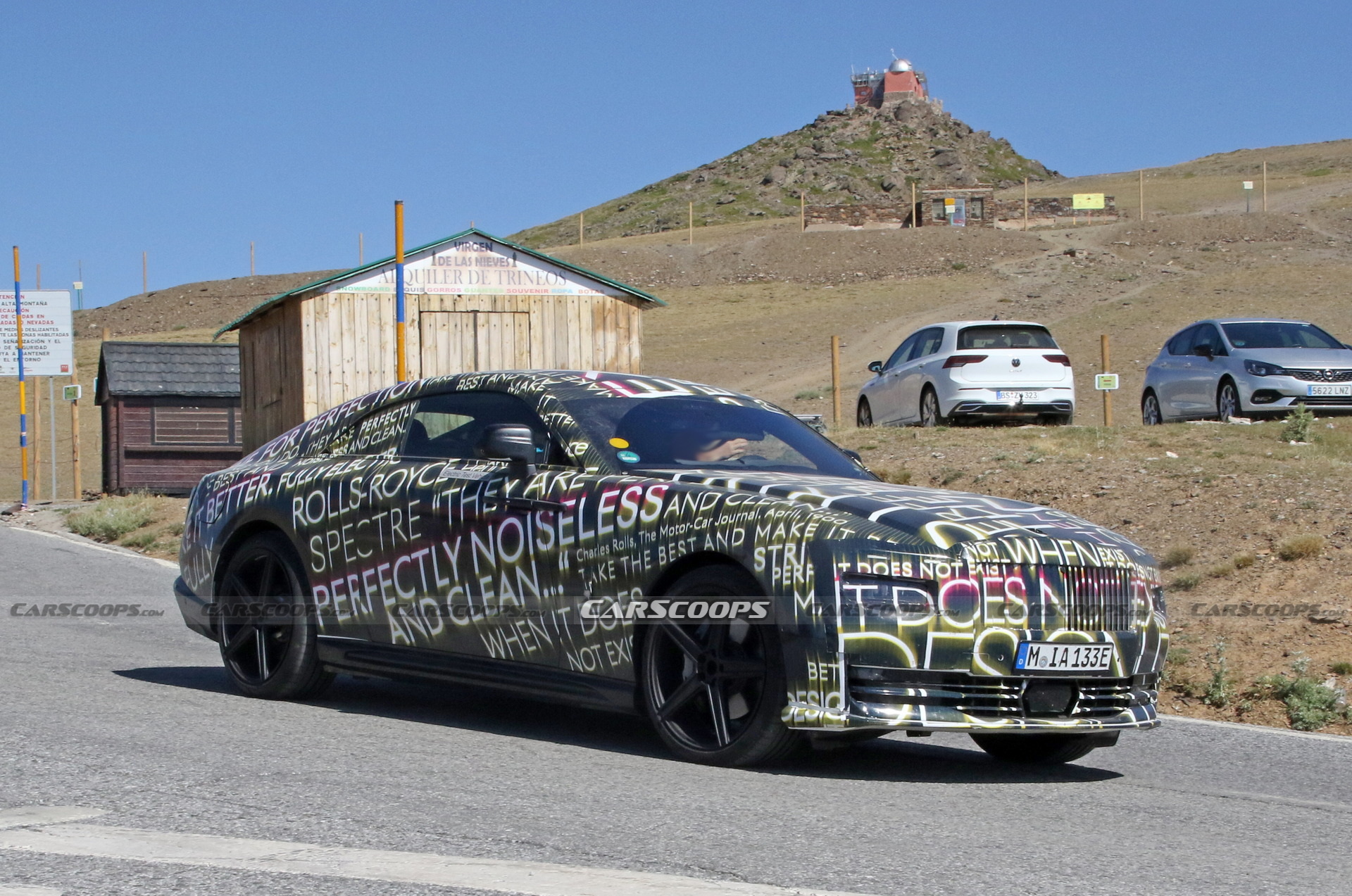 The Specter will ride on the Rolls-Royce Architecture of Luxury platform, which also underpins the Phantom, Ghost and Cullinan. The powerplant is expected to be borrowed from the BMW i7, which would mean it would likely have a 120kWh battery. This battery will work with a variety of electric motor configurations, with the most powerful potentially reaching 600 horsepower (608 hp / 447 kW).

After 2.5 million km (1.5 million miles) Test and development programThe Specter is expected to debut sometime in 2023 as a 2024 model year vehicle.