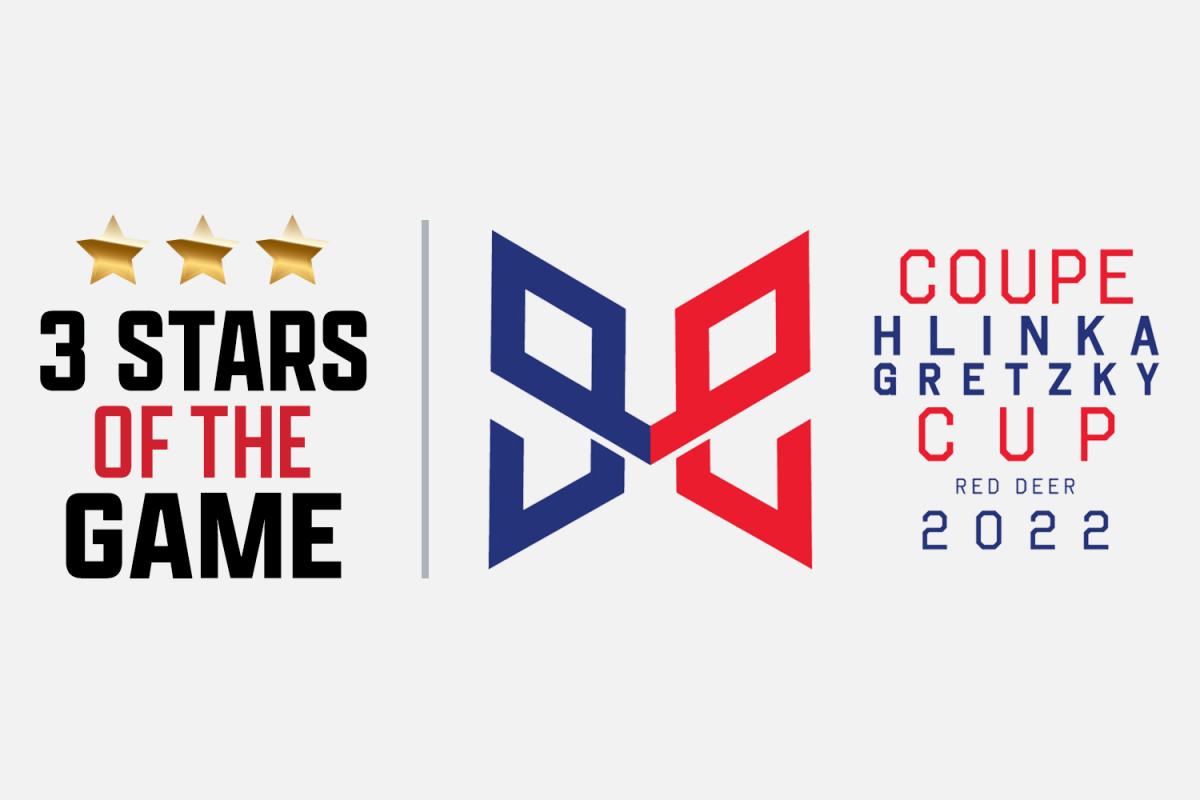 The Hlinka Grecki Cup final is set for Saturday as Canada and Sweden prepare to face off.

In the semi-final match, the Canadians won in Finland, and the Swedes beat the Czechs. Full recap of the day can be found here.

These three players in particular stood out with high stakes:

The Canadian point guard was a wall for the Canadians in net, and the semi-final against the Finns was his best game to date. Despite scoring his first goal of the tournament with about 20 seconds remaining in a match where the Canadian defense simply dropped the Finn in the slot, Ratzlaff was the star in net for the Canadian U18 team. Through three games at the Glinka Cup, Gretzky Ratzlaff boasts a .983 save percentage, stopping 58 of 59 shots in three games. He hasn’t had a heavy workload, but he’s been up to the task in every game so far.

Ratzlaff was solid in his crease, with quick and decisive lateral movements and skillful puck tracking. The Seattle Thunderbirds aren’t the biggest, standing just 6-foot-1, but his athleticism helps him stay in the shot and pull out a desperate save, as he did several times in games against Finland. Ratzlaff helped Canada achieve the perfect penalty kick through four opportunities.

The second period was some of his best work, especially on the first power play for the Finns with a score of 1-0 in favor of the Canadians. Ratzlaff made four saves on the power play, with three coming from the right side in tight succession. The Finns were able to get behind the Canadian penalties, going from low to high, and Ratzlaff was up to the task. The Canadian netminder showed great post integration, staying in place and closing down the bottom half of the net while staying upright and closing down the top half as well. The Canadians will be hoping for at least one more big performance from Ratzlaff in the gold medal game.

Sometimes playing it simple gives the best results; that’s how Axel Sandin-Pelika affected this game. The only mistake he made all game was trying to keep the puck in the zone in a race for it at the blue line, and the Czech team took advantage and scored a shorthanded goal, but the backup coverage from his teammates was terrible. play so that everything is not on Sandin-Pelikka. The rest of the game, especially in the five-on-five, the young Swedish goaltender defended all over the ice, using his four-way mobility and good stick to stop the opponent’s rush.

Offensively, Sandin-Pelika was a confident puck carrier, penetrating the offensive zone several times with the puck on his stick in an effort to create offense. However, it was his simple games that gave the best results. Taking the point, Sandin-Pelika walked the blue line and fired a shot on net late in the first period that found its way to Zeb Forsfjal, who deflected the ball just enough to put it past the Czech netminder. His second assist came on a nice breakaway pass that first supported his defense partner, who collected the puck deep in the defense before moving east-west to feed the puck to Sandin-Peliajka. That’s when Sandin-Pelika saw an opening and sent a cross into the neutral zone that immediately sent Noel Nordf up the ice for a shot from the lane, who buried the puck.

On a day where there weren’t many mass performances, a moment or two could be the difference in the game. That’s why Gauthier gets the third star. His goal against the Finns in the first period was not only the lead goal, but also gave Canada an early lead in what turned out to be a tight game. Gauthier tied for the Glinki-Grecki Cup lead in goals and his finish at that stage was outstanding.

As time expired in the first period, Gauthier rushed to the blue line as the Canadian defensemen collected the puck in their own zone. Kaden Price sends a pass to Gauthier at the blue line, who comes in slowly, seeing the pass and showing it with his body position. As soon as the seam in the wall opened, he took it. Quickly picking up speed to beat a Finnish defender and then crossing the front of the net at the bottom of the faceoff circle, Gauthier used his player as a pick on another Finnish defender and crossed his face to the front of the net on his backhand.

Drawing Finnish netminder Emil Vinny to the side, Gauthier closed the shot from the left to take over a lead Canada would never relinquish. Gauthier remained involved in the offense throughout the game, using his strength in puck reads and off the puck to put pressure on the Finns.

It wasn’t a massive performance, but a few big moments helped the Canadians reach the final.

3 stars of the Hlinka Gretzky Cup: Ratzlaff, Sandin-Pelika and Gauthier in the semi-finals

Source link 3 stars of the Hlinka Gretzky Cup: Ratzlaff, Sandin-Pelika and Gauthier in the semi-finals