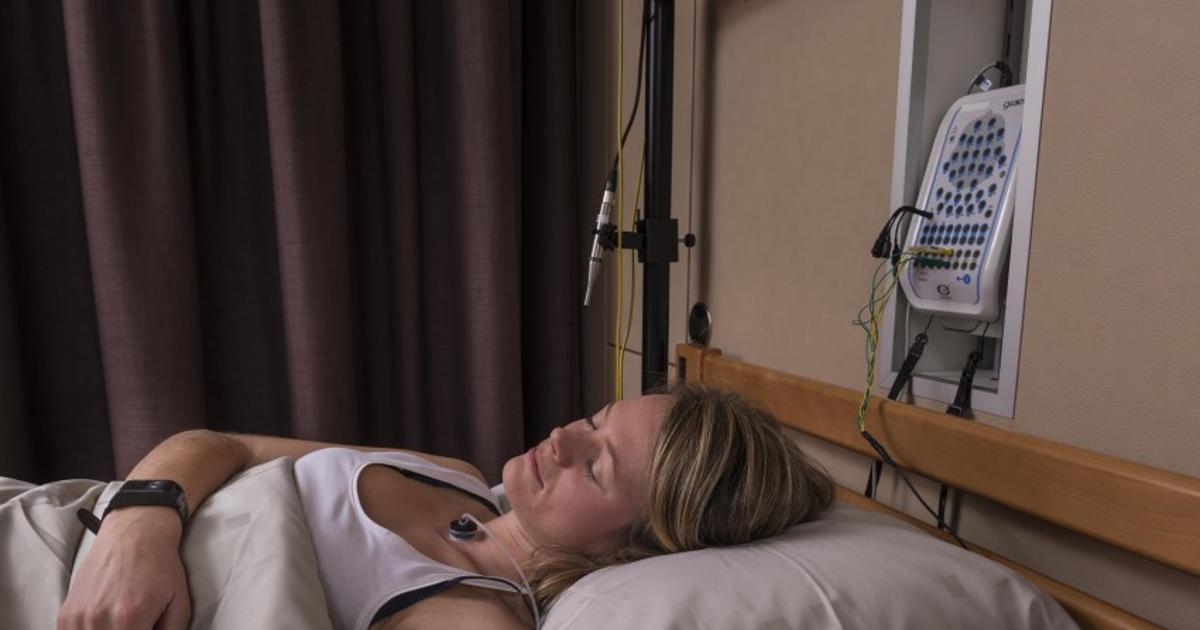 Assessment of sleep apnea usually involves spending the night in a clinic connected to various sensors that may actually interfere with the patient’s normal sleep. However, according to recent research, a device similar to Fitbit may serve the same purpose while the patient is sleeping at home.

The study was led by Gabriele Papini, PhD at the Eindhoven University of Technology in the Netherlands.

It included a device on the wrist, similar to a fitness tracker, that shines a green LED light through the user’s skin and into the blood vessels. By analyzing how much of this light is absorbed by the blood and how much is reflected back to the bottom of the device, one can continuously measure the user’s heart rate in real time.

Papini and his colleagues believed that changes in heart rate may be consistent with changes in respiration caused by sleep apnea. If so, then patients could comfortably carry the device several nights, sleep in their bed, providing more and better information than if they had just spent one night in a sleep clinic connected to multiple sensors.

The researchers began using a device to monitor heart rate and pulse amplitude of 250 volunteers, some of whom are known to have suffered from sleep apnea and some are known not to. These data were then used to prepare algorithms based on deep learning.

Later, these algorithms were able to compare signal changes in heart rate / pulse amplitude with apnea-induced respiratory incidents, and learned to filter out distracting “background noises” such as body movements. As a result, it was possible to calculate, as you know, the “apnea-hypopnea index” – the number of unusual respiratory events per hour of sleep – for each person.

When the device and algorithms were tested on another 250 volunteers, it was found that the calculated index for each person closely coincides with the index obtained using traditional sensors commonly used in sleep clinics.

“Hopefully, this study will lead to new methods that, in addition to better diagnosis, can also test the effectiveness of treating patients with sleep disorders,” said Papini’s chief research officer, Professor Sebastian Overham. “And importantly, the device can be used at home and for long periods of time.”