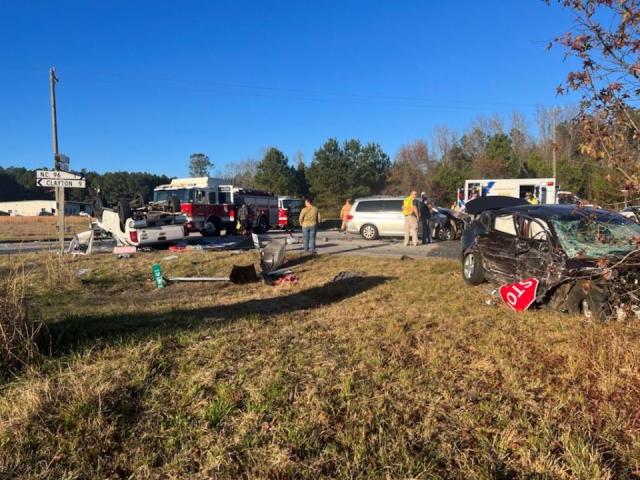 SELMA, NC – Another day, another crash.

The intersection of NC-42 and Thanksgiving Fire Road was once again filled with flashing lights and wrecked cars Wednesday afternoon.

The T-bone crash damaged three vehicles and injured four people, including an infant.

Three dogs jumped out of the wreckage and ran away. Animal control caught one, authorities found one dog dead in the roadway, and the search continues for a third.

The person who owns the dog, which is still missing, brought toys and blankets Thursday, hoping the dog would pick up the scent and return to the crash site.

The dog’s name is Jameson and he is 2 years old.

The pet’s owner shared a photo of Jameson with WRAL News. The cause of Wednesday’s crash is still under investigation, but the scene is all too familiar to first responders,

In May 2021, data from the North Carolina Department of Transportation showed that the intersection had 21 crashes in 10 years. Thankful Fire Chief Paul Zeiss called it the highway to hell.

To improve security, NKDOT says it has already entered into a construction contract to convert the stop from a two-way stop to a four-way stop.

The work is scheduled to be completed in the next few months.