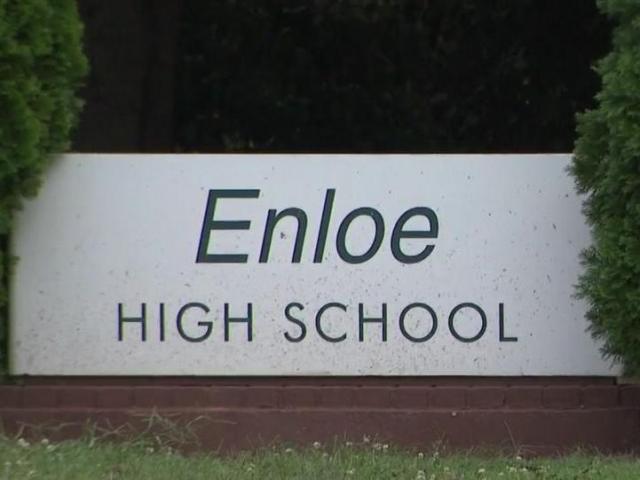 Extra security measures are in place at Enloe Magnet High School in Raleigh on Friday after a threat was discovered.

The school’s principal said someone wrote a disturbing message on the bathroom wall Wednesday.

The threat, written in blue marker, read “School shooting on September 23, 2022.” with a drawn heart underneath the message.

Wake Schools security staff were notified. A joint investigation by school security and Raleigh police determined the threat was invalid. However, some parents do not allow their students to go to school.

PTSA school President Serena Flood says she’s confident the school thoroughly investigated the threat, but still gave her daughter the choice of whether to attend class on Friday.

“There will always be deep down, whether it was believable or not?” – says Flood.

School system officials say they cannot comment on the case.