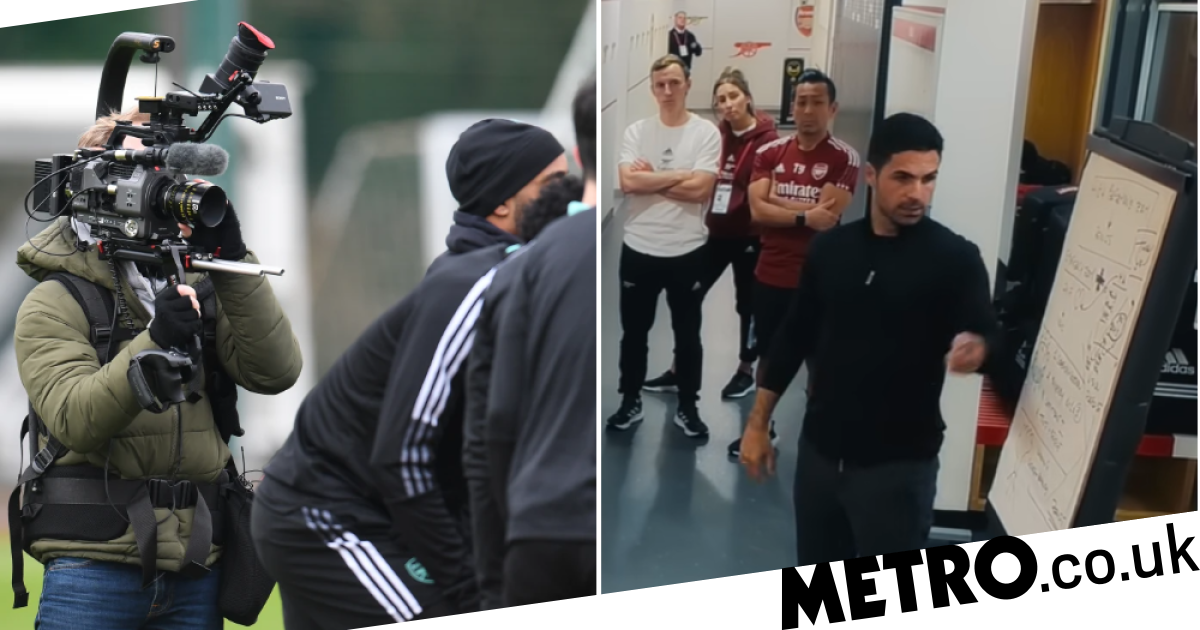 Every loss Arsenal suffered last season was carrying a little extra weight. The Gunners have been on the losing side 13 times – their most in a Premier League campaign – and a recurring theme has followed each of those defeats: the opposition’s fans have responded with extra joy, knowing that the suffering they inflicted will have to be endured in while Arsenal fans made a mental note of another All or Nothing episode they’d have to fast-forward or watch through gritted teeth.

Right from the start, Amazon sees his subject as an underdog, a club in the making, and this is the prism through which he views Arsenal’s failings and failings. In the first eight minutes alone, the word “youngsters” is mentioned six times, either in reference to manager Mikel Arteta or his squad, who actually boast more than 500 international caps, while the number reaches double figures well before the first episode ends.

Three defeats in a row at the start of the season against Brentford, Chelsea and Manchester City are sorted out in the first half hour, and there is little to no behind-the-scenes results or mutual recriminations. Josh Kroenke offers some support to Arteta during a canteen chat, but the only real exposition comes from the angry fans being interviewed. While there was a lot of noise on the outside, things were less apocalyptic on the inside.

What follows is a fairly low-drama look at Arteta’s attempts to arrest this seeming slump during what ended up being a mostly average season; in a show about extremes, this all or nothing doesn’t really fit the brief. Just like other iterations of the series, there’s a limit to the detail Arsenal are willing to show. There are pep talks with the squad, discussions of the manager’s philosophy and interesting player profiles, but a real understanding of coaching methods and any semblance of conflict are absent. At least for now.

There are some lighter moments that will surely appeal to Arsenal fans, from the players discussing IKEA purchases with their parents to Bukayo Sakho extolling the virtues of a day out at Thorpe Park, not to mention Aaron Ramsdale’s epic dad scene – and his interesting choice of headdress.

Perhaps the most interesting aspect of the show is the portraiture of Arteta, whose methods occasionally threaten to veer into Brendan Rodgers-level creepy territory without actually writing names on envelopes.

Ahead of the first north London derby, which Arsenal won 3-1, he asked the club’s long-term photographer Stuart McFarlane to pose with the team. Another pre-match trick: He draws pictures trying to get his side to play with intensity and heart, like John Seaton’s version of Pictionary. He set up the loudspeakers to play ‘You’ll Never Walk Alone’ at the training ground ahead of the Liverpool match. They lost 4-0.

He even makes all the players stand in a circle, close their eyes and rub their hands together furiously before an away match against Leicester. Interestingly, captain Pierre-Emerick Aubameyang later delivers a Tony Robbins-esque speech from his manager, prompting laughter and a middle finger from Arteta. However, given that he was stripped of the captain’s armband after just six weeks, there may have been more to the light-hearted moment than meets the eye.

Certainly, Arteta appears more human and passionate than the often cold and emotionless figure he portrays in the media – he is always suspicious of the press as he tries to give away as little as possible – but the documentary has little to offer. to win over doubters, and may even raise questions about what happens when his gimmicks run out or become tiresome.

That streak, and its refusal to indulge in the sore points of Arsenal’s season, was best summed up by Arteta’s reaction to the 2-1 defeat against Everton at Goodison Park – a game in which they led at half-time but were eventually canceled out by a 92nd-minute winner from Demarai Gray, who immediately noticed that All or Nothing was trending on Twitter.

Apart from a buoyant Ramsdale, there is little reaction in the dressing room and Arteta does not use a hairdryer. “I prefer not to say much,” he tells the squad before walking away and leaving them in silence. The show as a whole takes a similar approach. That may not be bad for Arsenal fans, but others will be hoping that the final episodes – and away days at Tottenham and Newcastle – provide the entertainment and fireworks they’ve been waiting for.

The first three episodes of Amazon Prime Video’s All or Nothing: Arsenal premiere on Thursday, August 4

MORE: “They are no threat!” Roy Keane sacks Arsenal despite signing Gabriel Jesus

All or nothing: Mikel Arteta in the spotlight in Arsenal's dramatic season | football

Source link All or nothing: Mikel Arteta in the spotlight in Arsenal's dramatic season | football