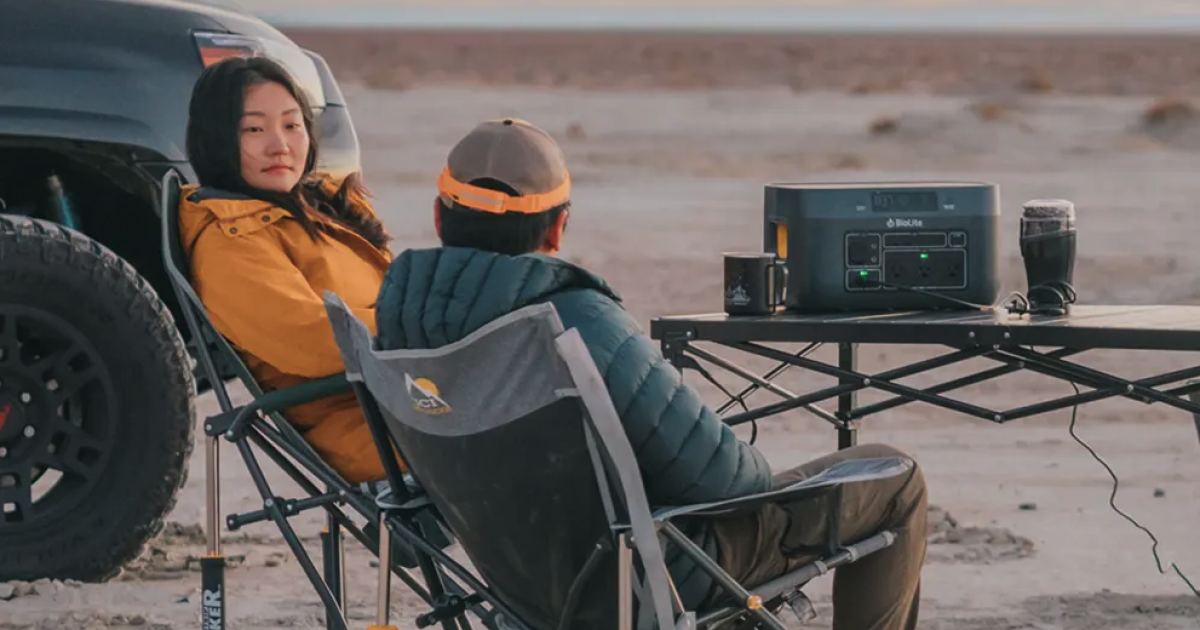 Looking to offer an on-demand power solution for emergencies, hikes and the growing crowd of remote workers, BioLite has introduced a pair of power banks designed for people on the go. The newly launched BaseCharge series offers solar input and all kinds of output, allowing users to power anything from smartphones to blenders to cordless drills, wherever they choose to set up shop.

BioLite has made a name for itself with a series of smart camping stoves that convert heat into electricity, and more recently has ventured into smokeless fires for your backyard. By launching the BaseCharge series, it aims to compete with its ilk Jackeria and GoalZero with portable power banks capable of receiving energy from the Sun.

The power stations are available in two forms: the BaseCharge 600 at 622 Wh and the larger BaseCharge 1500 at 1521 Wh. Both feature a smart dashboard designed for easy reading of power levels that change on the fly as devices are connected. with a wireless smartphone charging pad on top.

Both models have USB-A, USB-C, 110V AC, 12V DC outlets for cars and trunks, as well as wall and solar charging inputs, though you’ll get a few extra ports for your troubles on the BaseCharge 1500 .This larger model has enough capacity for 117 smartphone charges, 22 laptop charges and 57 minutes of cordless drill use, according to BioLite. The smaller BaseCharge 600 charges a smartphone 48 times, a laptop nine times, and a tool battery nine times (although these numbers will vary by product and are approximate).

While both stations can be charged from the wall, they are also compatible with the new BioLite SolarPanel100, a 100W foldable solar panel that can be connected in series up to a maximum of 400W. The panel has a built-in sundial to help users optimize its orientation, and can also be used to directly charge devices via the built-in USB-A and USB-C ports.

The power stations and additional solar panels will be available for pre-order starting next month, with the BaseCharge 600 priced at $700, the BaseCharge 1500 at $1700, and the SolarPanel100 at $400. You can watch the promo video below.