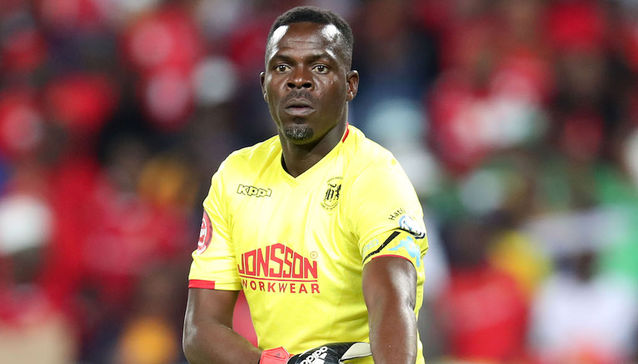 Veteran Zimbabwean goalkeeper Tapuwa ‘Kampos’ Kapini has sensationally claimed he was sacked by DStv Premier League side Sekhukhune United for comments he made telling other players he did not believe in Juju.

The former Warriors captain was released by Babina Noko at the end of last season.

Speaking for the first time about how he was released by the club, on Marawa Sports Worldwide, Capini lamented the lack of respect and unfair treatment from the Kempton Park team.

“Management of Sekhukhune United, my heart still hurts. I remember when we played TS Galaxy, there was a problem,” said Cappini.

“We lost 1-0 and a certain player blamed it on the use of muthi. So, as the captain, I had to respond and I did. I bluntly told him that he could not blame Mutti for the mistake. If it was a mistake, he should admit it and say I’m sorry I made a mistake.

“It was on Saturday when we lost and on Sunday I was resting after coming back from the gym. Then on Monday morning, our manager texted me saying he wasn’t coming to practice.

“I was surprised because I didn’t know if I had done anything wrong, I even told my wife Sandra about it. Then they called me to the office.

“Then Mr Madisha (football manager) and Mr Tshepa Malepa came and told me that I had said something that was not well received by the players in the dressing room after the loss to TS Galaxy.

“I told them I said what I said in front of everybody and even the coaches were there. You can’t believe in muthi. It’s there, but when you enter the field of play, it won’t affect you. The player in question missed the seat and blamed it on Muti and that’s why I was furious.

“I said that Muthi does not work in football and told them openly about it. I was told that there would be an investigation into what I said because my words had offended other players.

“I then stopped going to training as per the club’s orders until the ‘investigation’ was completed.

“Then at the end of the season the unthinkable happened. As a senior player, I expect that as soon as I joined the club and signed the contract in their office, I would be released, with respect.

“I expected the club to tell me face to face that my services are no longer needed because there are now young goalkeepers, not through WhatsApp the message that I’m no longer a Sekhukhune player because I said I don’t believe in muthi.

“Thus, I was fired by the club and until now even the chairman has not called me. I played 18 games and didn’t play 13 matches, ten in a row, for the same team that sacked me through WhatsApp a message for not believing in muthi,” Cappini added.

Capini drops bombshell: ‘I was sacked by Sekhukhune United for not believing in juju’

Source link Capini drops bombshell: ‘I was sacked by Sekhukhune United for not believing in juju’