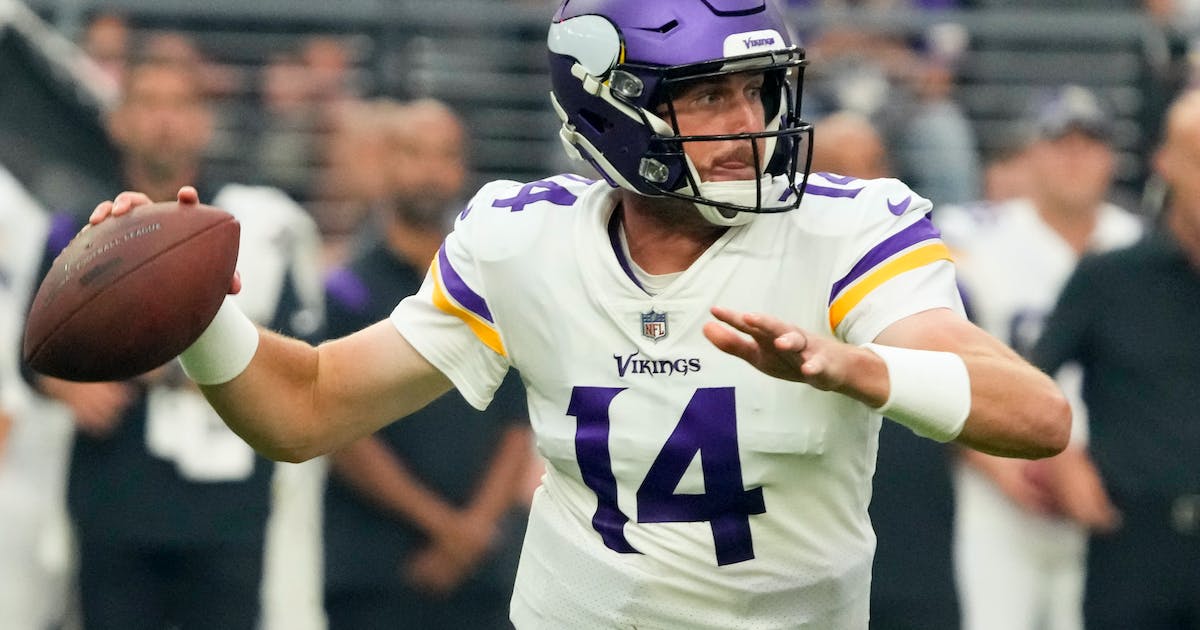 LAS VEGAS — The Vikings opted to sit out many of their big-name offensive and defensive linemen for their first preseason game, fielding 13 players against the Raiders on Sunday.

Vikings already planned to do without quarterback Kirk Cousins ​​due to COVID-19 and tight end Irv Smith after surgery on his right thumb. Guard Chris Reid, wide receiver Thomas Hennigan and defensive end Julian Taylor also will not play due to injury-related reasons.

Sean Mannion started at quarterback, though coach Kevin O’Connell said Friday the Vikings. will use a “50-50 split” between Manion and Kellen Mond, and Cousins ​​out. Both passers will get plenty of time in what could be a major test as the Vikings try to figure out their quarterback situation behind Cousins.

​​​​​​While the Vikings will stand out early on skill players and the back two levels of their defense, they appear ready to work on their first team’s offensive and defensive lines. The Vikings are trying to sort out the right guard battle between Jesse Davis and rookie Ed Ingram, while the preseason could be important for center Garrett Bradbury’s status in the lineup. On defense, the Vikings will see their reconfigured three-man front for the first time: Armon Watts, Harrison Phillips and Dalvin Tomlinson.

The absence of Harrison Smith also means first round pick Lewis Sine should start at safety along with Cam Bynum, while Cameron Dantzler and second-round pick Andrew Booth should work at cornerback.

“We’re going to be smart with the group, but at the same time there are some guys that we’re really counting on this year that are going to be there to take some live shots and really start to get comfortable in a new role,” O’Connell said Thursday. . “Maybe it’s something similar to what they’ve done in the past, but ultimately how does it suit the whole 11 in their side.”