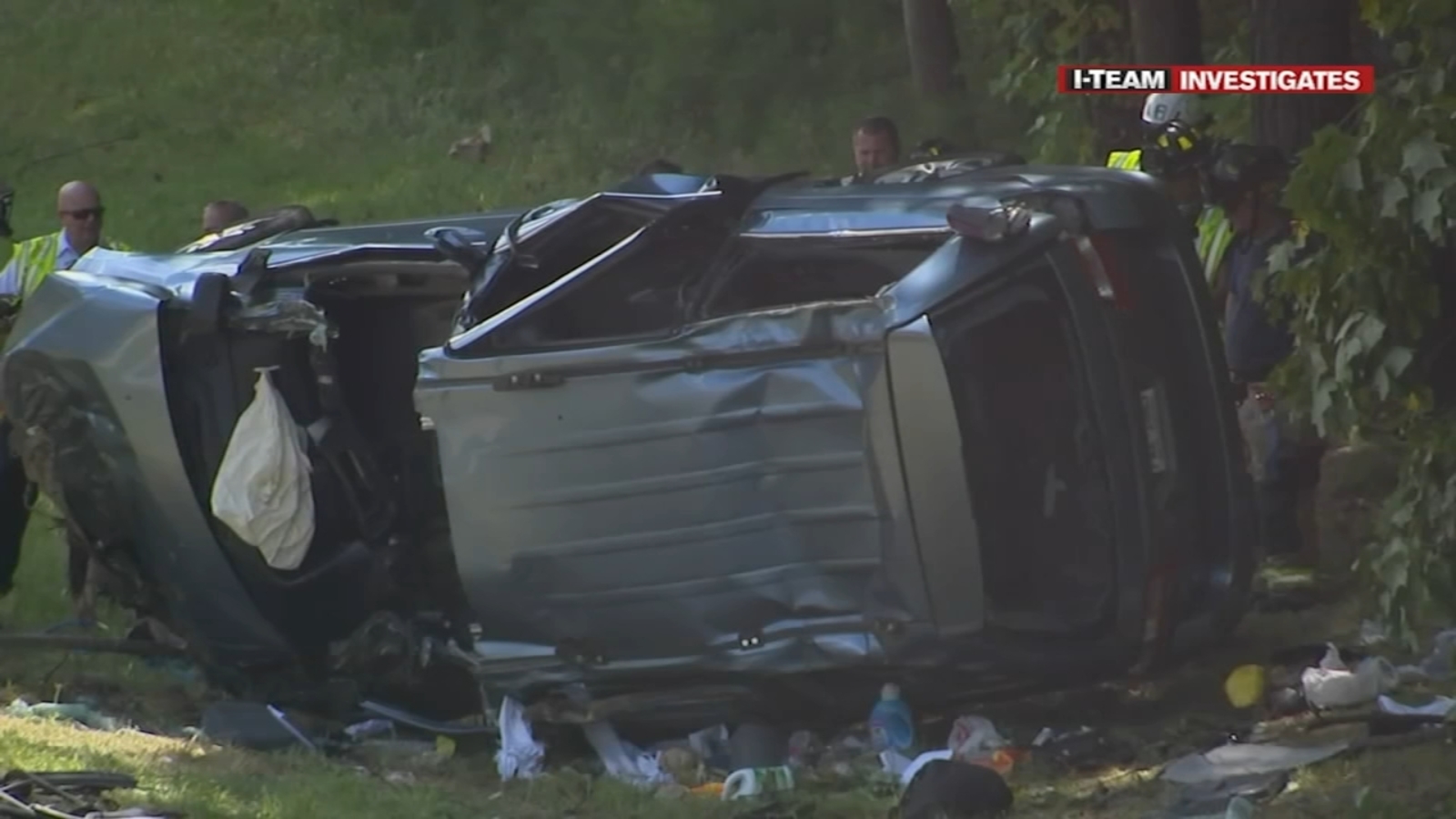 RALEIGH, NC (WTVD) – Every time Mariana Kart hears the sound of ambulances and police sirens, she is reminded of how quickly life can change.

Her own life changed in one moment nine years ago.

“The truck driver hit us, he spun around and we went backwards into the back of the trailer in front of us,” the Wake County resident recalled.

Kart recreates the moment with a plastic car and truck. It’s a story she’s told many times since the accident that turned her world upside down.

It was May 2013, and Carth was driving from North Carolina to Texas with her three youngest children. It was supposed to be a weekend full of festivities between several graduations and a wedding, but the Cards didn’t make it to Texas.

“The rear fence on the tractor-trailer immediately came off. The back of our car went under the trailer. “Anna Leah and Mary were in the back seat,” Cart said. “AnnaLea died instantly and Mary a few days later from her injuries.”

It was a tragedy that was made worse by the news Carth learned later.

“Putting the pieces of our lives together, we learned about underride, never heard of it before, and learned that hundreds of people die every year under trucks,” Carth said. “And that engineers developed solutions, but the transportation industry didn’t apply them, and the federal government didn’t require them to.”

She said the news that her daughters’ deaths could have been prevented left her angry and disappointed, but also set her on a path to prevent future deaths.

While advocating for a stronger rear guardrail, she quickly identified a host of other road safety concerns.

In recent years, the number of victims of traffic accidents has been increasing across the state. NCDOT reported 1,755 deaths on North Carolina roads in 2021; the highest number in five decades. The agency found that much of the increase was caused by speeding, wearing seat belts and distracted driving. The number of accidents involving pedestrians and cyclists in work zones has decreased.

The ABC11 Data Group analyzed NCDOT crash data from 2012 to 2021 and found that the most dangerous intersection in the state is I-85 between Statesville Street and Graham Street. More than 20 serious accidents with a fatal outcome have occurred at this location.

NC 143 at SR 1150 and SL-TN have also been the cause of about 20 serious fatal accidents in the past decade.

Locally, the Triangle’s most dangerous roads are just outside of downtown Raleigh. I-440 between Glenwood and Six Forks is the most dangerous stretch of road. According to NCDOT, the stretch has been the cause of more than a dozen serious crashes.

I-40 between Rock Quarry and Hammond Road and I-440 between Capital Boulevard. and Wake Forest Road were among the other most dangerous locations.

“There are traumatic and violent deaths and that’s why we can’t take them anymore. And the good thing is that a lot of committees and in North Carolina our leaders and committee members are coming together and saying, ‘We can’t take this. We have to address this.’ said Elise Keefe, project coordinator at UNC’s Center for Injury Prevention Research.

She helps communities with an initiative called Vision Zero, which aims to eliminate traffic deaths.

“Vision Zero represents a paradigm shift. And so it’s really something different from traditional approaches to road safety that try to change individual behavior and put all the onus on drivers and road users. In this way, he recognizes that in fact we all have a responsibility. So the designers of our roads and our communities have a responsibility to address these problem areas,” Keefe said.

Part of this rethinking includes road design that addresses both speed and how roads separate cars from pedestrians and bikers.

Raleigh, Durham, Apex and Chapel Hill are among several municipalities across the state that have signed on to the initiative.

“We’re seeing communities, you know, understand that this is a public health crisis, that this is something they want and need to address,” Keefe said. She said measurable change will take time as the initiative requires systematic change.

Carte is also part of a national group called the Road to Zero Coalition.

“We may never get to zero, but it’s moving as far as humanly possible,” she said.

But her struggle is not over yet.

“I can’t imagine just letting it go and not trying to do something about it,” she said.

Carth said the public has a role to play in reducing the number of road traffic fatalities and is urging everyone to help.