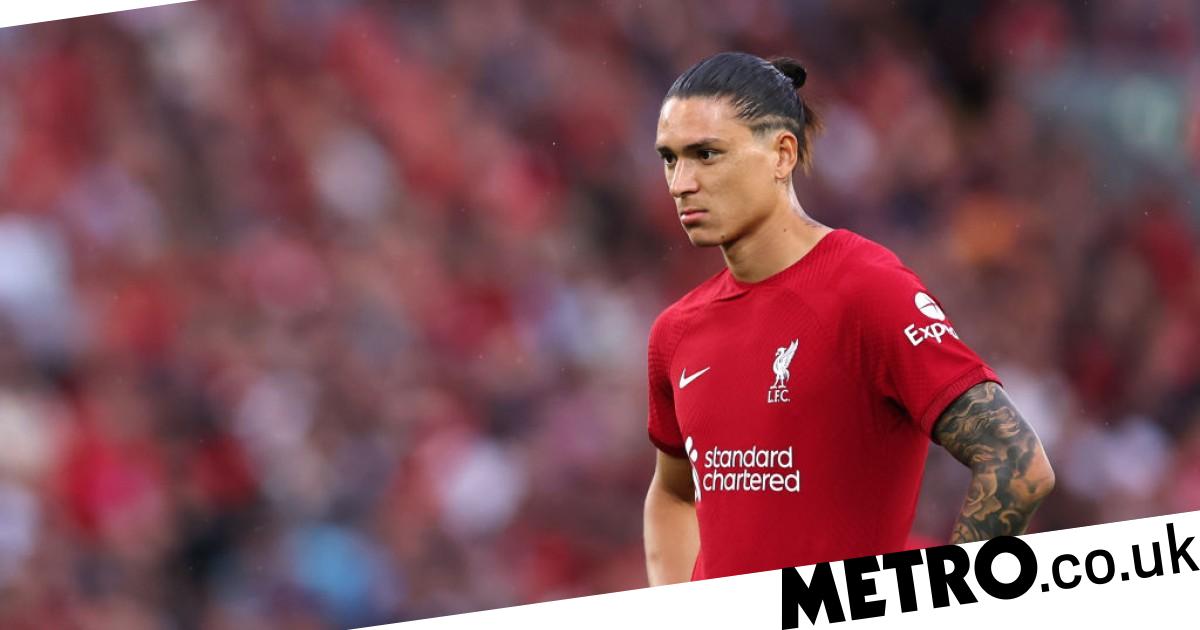 Liverpool striker Darwin Nunes apologized for the headbutt Crystal Palace defender Joachim Andersson and insists he is “learning from his mistake”.

On his home Premier League debut, the 23-year-old lost his composure midway through the second half for a tackle on a Palace defender and was shown a straight red card.

Liverpool went behind at Anfield on Monday night thanks to Wilfried Zaha’s opener, but salvaged a draw through Luis Diaz.

Nunes, Liverpool’s record signing, broke his silence on the incident on Tuesday night, writing on Twitter: “I am aware of my bad attitude. I am here to learn from my mistakes and it will not happen again.

Another tweet added: “Apologies to all of Liverpool. I’ll be back.”

A red card for violent conduct is expected to earn Nunes a three-match ban – starting with Liverpool’s visit to Manchester United on August 22.

Liverpool are already without Roberto Firmino and Diogo Hota through injury and Virgil van Dijk insists Nunes must make sure he does not repeat the mistake on Monday.

“He definitely has to control himself,” van Dijk said. “He must manage himself [and] he should know that this can happen, especially in the Premier League.

He was obviously frustrated and probably down on himself. But it’s a learning curve and we’ll always support it. He knows it shouldn’t happen again, and hopefully it will.”

Asked how much Nunes had let his team down, Klopp said: “He knows it now. I will talk to him, there is no point in me talking in public.

“This is absolutely not the reaction you want to see. Challenge a centre-back in the Premier League, they’ll do it to you. He himself is a handful. This is not the kind of reaction.”

MORE: Jurgen Klopp reports on the injuries of the Liverpool back four before the match with Manchester United