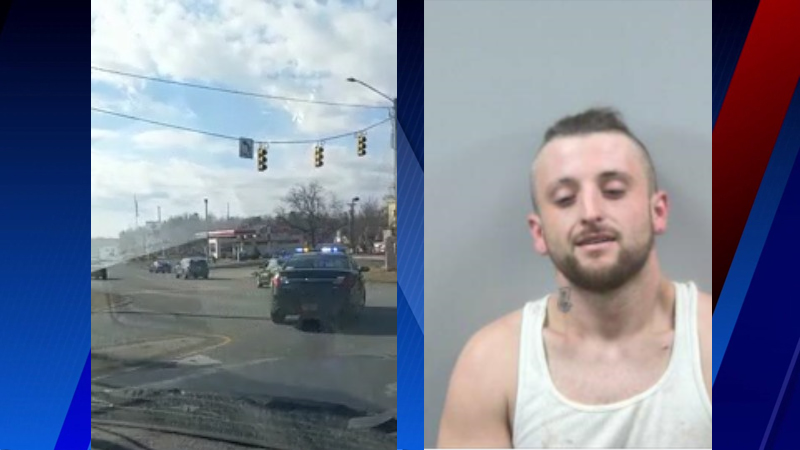 Davidson County, North Carolina (WGHP) – The suspect was arrested Friday after police had to drop a speedy chase on Wednesday.

30-year-old Jonathan Luke Edwards is reportedly wanted on 14 warrants, ranging from car theft, possession of firearms, assault on government officials and escape from arrest, according to the Randolph County Sheriff’s Office.

Deputies expect that he will be charged with other charges in the investigation of numerous thefts in Randolph County.

On Wednesday, Davidson County MPs approached the suspect at Elwin Circle in Lexington. It is said that he tried to knock down three deputies with a truck, and then started the chase.

Deputies say they canceled the chase for U.S. 8 in a southerly direction near Hilling Springs because the suspect was driving incorrectly on the highway and put drivers at risk.

Randolph County MPs say they got a call that Davidson County MPs were chasing a suspect near NC 49 south near Randolph County. Deputies inspected the area and found Edwards driving a white pickup truck on Lassiter Mill Road and Old NC 49 to the south.

Detectives tried to pull Edwards, but he continued to drive, according to the Randolph County Sheriff’s Office.

This was followed by a 33-mile chase that crossed several jurisdictions.

Soldiers were trained in Montgomery County when the chase crossed the county line. They used sticks trying to stop the truck, but MPs say Edwards continued to try to drive “carelessly and carelessly” before MPs forced him to stop at River Road and NC 73 on Mount Gilead.