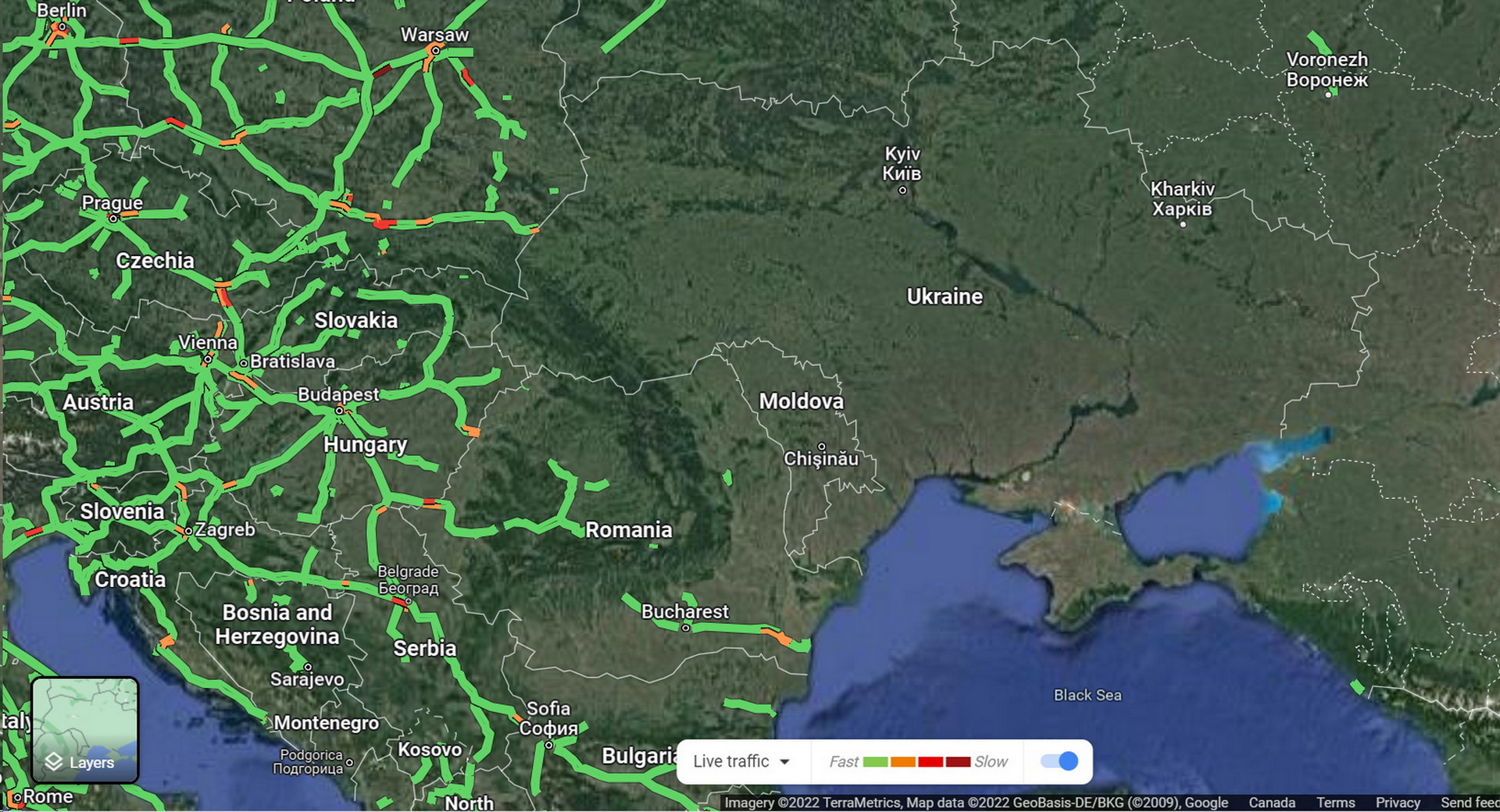 Google has temporarily disabled the Google Maps live traffic feature in Ukraine to protect citizens during the Russian invasion, according to Vice and Reuters.

This was the case last week when open source intelligence expert Dr. Jeffrey Lewis tweeted about a traffic jam from Belgorod, Russia, to the border with Ukraine. His tweet was sent on February 23, even before the invasion began.

Read also: Russia’s GP has been canceled, may move to Turkey after the invasion of Ukraine

According to @googlemaps, at 3:15 am on the road from Russian Belgorod to the Ukrainian border there is a “traffic jam”. It starts * exactly * where we saw yesterday how Russian armored vehicles and infantry fighting vehicles appeared.
Someone on the move. pic.twitter.com/BYyc5YZsWL

“I think we were the first to see the invasion,” Dr. Lewis said Motherboard. “And we saw it in the traffic app.”

In a later tweet, he clarified that the data did not come from the soldiers’ phones. Rather, it was a sign that rows of military equipment previously seen parked near the border were moving because they were creating unusual congestion for civilians in the region.

“We all looked at the picture and thought the hell it would be,” Dr. Lewis explained. “So it’s preliminary work to know there’s a giant Russian armored part sit here, which allowed us to say, “Oh, I know what a traffic jam, they’re going out on the road.”

Google’s live data feature no longer shows any information in Ukraine, but shows information in neighboring countries. The service, however, will continue to provide users with directions and information on road closures, but no more accurate traffic information. It is unclear when Google ever disabled these functions during the war.

To find out the misconception: traffic data is most likely NOT from soldiers who have smartphones. Instead, civilians are likely to get stuck at checkpoints and @googlemaps it records.